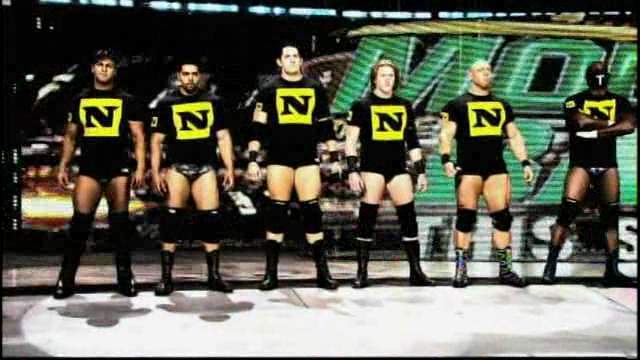 Sunset Flip Presents: The Order of Wrestling
By Jerrod Sullivan

When wrestling fans examine the landscape of wrestling, you’ll quickly understand WWE is the top wrestling company. You can look at other promotions, but the global reach of WWE is overwhelming and sometimes exhausting. Knowing WWE is the top promotion, you’ll become familiar with their superstars and how they develop through the years. Also, with superstar development, there are various storylines that help to evaluate a specific superstar or superstars. With that said, you will think they are be able to create new superstars, and stories that help make a wrestler get over or not. Granted, the wrestling fans have their say, but it’s also depends on how someone or something is presented to the audience. As one of those fans, I can say, the presentation of some stories and wrestlers have been not well received. On the other hand, the presentation a story and wrestler could be, but the ending could be underwhelming. Exactly, what stories and wrestlers are we talking about.

The entire Nexus angle stands above anything. Their story came off blazing hot with their introduction to the WWE audience and people outside that audience were talking too. You had rogue wrestlers going against the order of WWE and proclaiming that they have arrived. With word of mouth spreading through the wrestling world, you would think that would be enough water to keep this story afloat. The group proved their dominance each week, but something happened. The writers of WWE couldn’t come up with a proper ending to the hottest faction in WWE since the NWO. Before we question the ending of Nexus, let’s look at begin of Nexus.

Wade Barrett was chosen as the winner of NXT and earned a pay-per-view title shot. The following week on a viewer’s choice Raw, Barrett appeared on camera and promised something astonishing would happen. Later that evening, John Cena squared off against CM Punk and while the match was wrapping up, something astonishing happened. Wade Barrett appeared on the entrance ramp and the other rookies from NXT appeared around the ring. Suddenly, like a pack of wolves, they attacked their prey and that included anything or anyone not nailed to the floor. Eight rookies annihilated the straight Edge Society, John Cena, ring announcers, RAW commentary team, and surrounding objects in a matter of minutes.These moments are what wrestling fans live for, those OMG moments. Those moments left you questioning everything, you know about wrestling.

The start of the story has been brilliant so far, could WWE sustain the wave of positive response? After the massacre on the previous Raw, the rookies returned, but minus a member. The member missing was Daniel Bryan because of actions out of his and WWE’s control. Moving forward, the group declared that they arrived and they want contracts. Then general manager Bret Hart refused and even fired Wade Barrett. Once again, this group proved their power by exterminating Bret Hart at the end of Raw. While watching this entire Raw, I learned there

So far, this group has taken out the top dogs of WWE. You had to question, what or who could be next.

With no order on Raw, Vince McMahon returns to television and placed some order back in the show by giving fans the anonymous general manager. The anonymous general manager hired all the rookies and with their return came consequences. The group appeared later that evening and completely slaughtered Vince McMahon and showed the world their superiority.

How would the group continue their dominance? Alternatively, who would stop this group reign of terror? Answer, Summerslam and John Cena. This group finally found their identity

by calling themselves Nexus. With their identity, they continued assaulting everyone else’s, until they angered the wrong man. Nexus had cost John Cena the title and he wanted revenge for himself and all of WWE. Therefore, with Summerslam not too far away, Cena needed a team to challenge Nexus because alone he’s no match. While Cena searched for help, Nexus made it difficult by eliminating potential help. However, with the help from some familiar and returning faces, Cena had a team to challenge Nexus. The main event of Summerslam would be team Cena Vs. Nexus and would win.

Nexus came out the winners and showed the world, no group of individuals could challenge their power. I wish that would have happen. Sadly, Team Cena defeated Nexus and that was the end of that story. WWE couldn’t allow these rookies to defeat their top superstars and actually create some new superstars. WWE could have allowed Nexus to win and continue their reign of terror and build up the rematch at Wrestlemania 27. Yes, I’m saying WWE could have sustain the Nexus story until Wrestlemania, by allowing them to grow into seen we’ve before, but with a better ending. The Nexus story continued beyond Summerslam, but it didn’t have the factor that made the story special and worthy.

In the past, the only big faction of this magnitude and impact on wrestling was the NWO. The difference between both was that the NWO story got out of control with the members and their control over WCW. The NWO majority of time came out the winner of battles and really didn’t give WCW an opportunity to regain their control. The NWO story ended with WCW going out of business. The Nexus story could have been something better then the NWO, but at least wrestling fans of this generation had their OMG moment with their debut.

If you appreciate exceptional wrestling discussion, check out the alternative to traditional pro wrestling radio at: sunsetflipwrestling.podomatic.com Check out this week where you’ll have 4 minutes with Mr. Anonymous and Bills classic of the week.