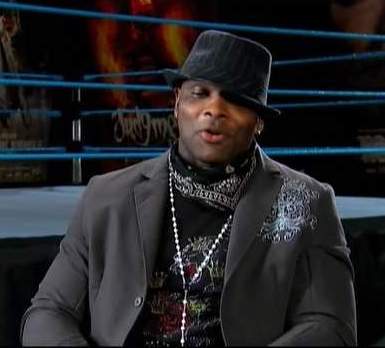 If you missed the Tuesday August 23rd edition of the Online World of Wrestling Radio with host Alan Wojcik plus weekly contributors Kevin Scott & Spug, and visiting contributor Jackie Fiest here are the highlights:

Our 100% free to the listener’s interview was with former WWE superstar and Nexus member Michael Tarver who shared stories on his time working the Ohio indies, how he was told he was being signed by WWE, the spontaneity of the NXT TV program, the night the Nexus attacked everyone at ringside including John Cena, wrestling in Madison Square Garden & much more. You can Follow Michael via Twitter @TryoneEvansB20

After a brief timeout Alan offered the fans a recap of the “Tribute to the Fairgrounds 3” event & “An Evening for Ryze” plus offered information on several regional events. Alan & Spug broke down the Young Bucks recent WWE tryout and the art of the locker room handshake.

The show came back from commercial to discuss TNA Impact Wrestling from the past week plus the legal issues surrounding now former TNA star Matt Hardy plus the return of Jeff Hardy at Thursday’s Impact taping in Huntsville, Alabama.

To end the evening the crew offered a recap of Friday Night Smackdown, Monday Night Raw and the merits of Mark Henry facing Randy Orton at the Night of Champions PPV. Jackie and Spug had a heated discussion and you decide who is right. Follow Jackie on Twitter @JackieFiest

Alan is working on setting up a “Month of Honor” to celebrate Ring of Honor’s “Death Before Dishonor” iPPV and the debut on the Sinclair Media Group TV stations across America. Log onto www.rohwrestling.com for the dates and times you can watch.