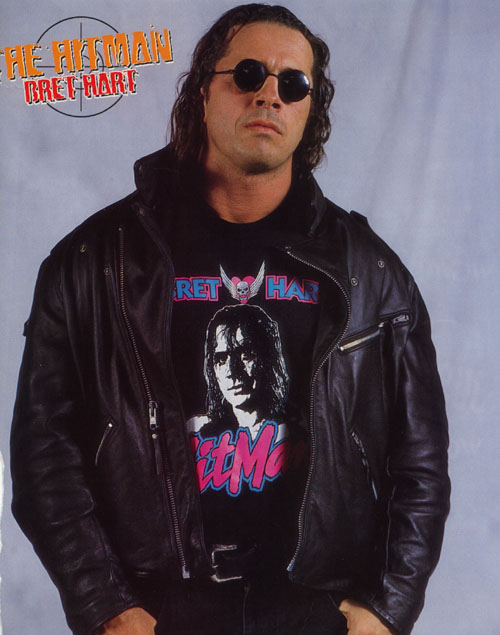 Part 2 of Arda Ocal’s (@arda_ocal) interview with Bret “Hitman” Hart (@BretHart) has been posted and involved a very interesting discussion about Ric Flair:

1) Ric Flair and his matches with Ric in 1992 when Bret first became WWE champion:

“Flair was a tricky guy to work with, when I worked with Ric. When he was champion we had much better matches and the moment the title got switched we seemed to screw up my match every night… I always felt it was sabotage. I actually went to Vince, cause (Flair) was leaving the company, I thought he was purposely screwing up to ruin my run. We finally got the agents and Flair in a room [and discussed trying to] give a little better effort in the matches and at least follow the story line… He confessed his mind wasn’t into the matches and he was having some problems at home. We would go out after the big talk and have the same screwed up match as we had the night before. I think over a period of time over the next few weeks I can remember Vince coming up to me saying he didn’t think Ric Flair was doing it on purpose – that he just didn’t know what he was doing. I kind of agreed after a while. Ric Flair, as great was and a hard worker as he was, he just tends to get lost in the ring.”

2) Bret Hart’s opinion on why his first WWE championship win came at a live event in Saskatoon and not on TV or PPV:

”I think it must have been some kind of condition agreed to by Vince and Flair. I can’t imagine Flair saying that he didn’t want to lose on T.V or something like that- maybe it was something like that. I know Flair, upon dropping the title, gave Vince news that he was leaving and going back to WCW, at the time. So, I think it was all amicable. Vince was like probably happy to get rid of him- I think.

EMBED VIDEO ONTO YOUR PAGE: http://www.youtube.com/embed/7T1zNhhbcGU