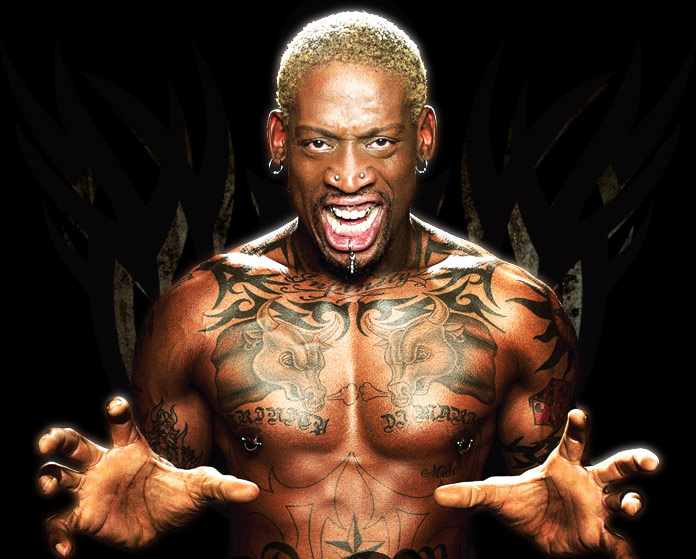 Dennis Rodman – NBA superstar, media icon, and part-time Global Peacemaker to North Korea – has teamed up with MX Digital, a leading game developer co-owned by Bischoff Hervey Entertainment Television (BHE TV) to launch a series of online casino games. The Hall of Famer, actor and controversial celebrity can now add ‘video-game-star’ to his list of accomplishments. Rodman shot digital footage for inclusion in the game series last week in Miami.

“I travel a lot in Europe, so I knew online gaming was big business,” said Rodman of his foray into the sector. “I’ve wanted to get into this part of the gaming sector for a long time, and this was a great opportunity.”

“When Rodman was on Celebrity Big Brother, I made a beeline to the TV every night. I’ve been following him through his whole career; the Detroit Pistons,San Antonio Spurs, Chicago Bulls and all the way to the Los Angeles Lakers. I’m thrilled to have a chance to work with a living legend,” said MX Digital’s Commercial Director, Ike McFadden. “It’s a wonderful coup for us, and it’s going to be fun for him, and definitely fun for the players.”

Rodman’s foray into the world of online casino style games looks promising. His recent appearance as a spokesman for a top European operator has already paid off big, with the casino generating a record $1 million worth of bets following a recent promotion featuring the celebrity.(1)

“We are shooting footage with Dennis in order to bring him directly intothe game. Rodman is a perfect crossover personality, and it’s exactly that personality that we’re making sure to infuse into the games. I have worked with Dennis for a long time going back to his dynasty days with the Chicago Bulls, and am excited to have him as a part of our business, ” noted Eric Bischoff, part of MX Digital’s management team through Bischoff-Hervey Entertainment, the well-known Hollywood production company behind dozens of reality television shows.

“I love the interactive element of games these days. Connecting with fans in a totally new way is what really got me excited about the project,” Rodman concluded. “I’m lucky to be in a position where I can try moving from one medium into another one, from sports, to TV, to games. And it’s great when something new like this takes off.”

Game deployment and launch across desktop, social, and mobile devices is expected to commence mid-year 2013.