Home / Womens Wrestling / PRESS RELEASE: New details on the next half of WWE’s “Total Divas”

PRESS RELEASE: New details on the next half of WWE’s “Total Divas” 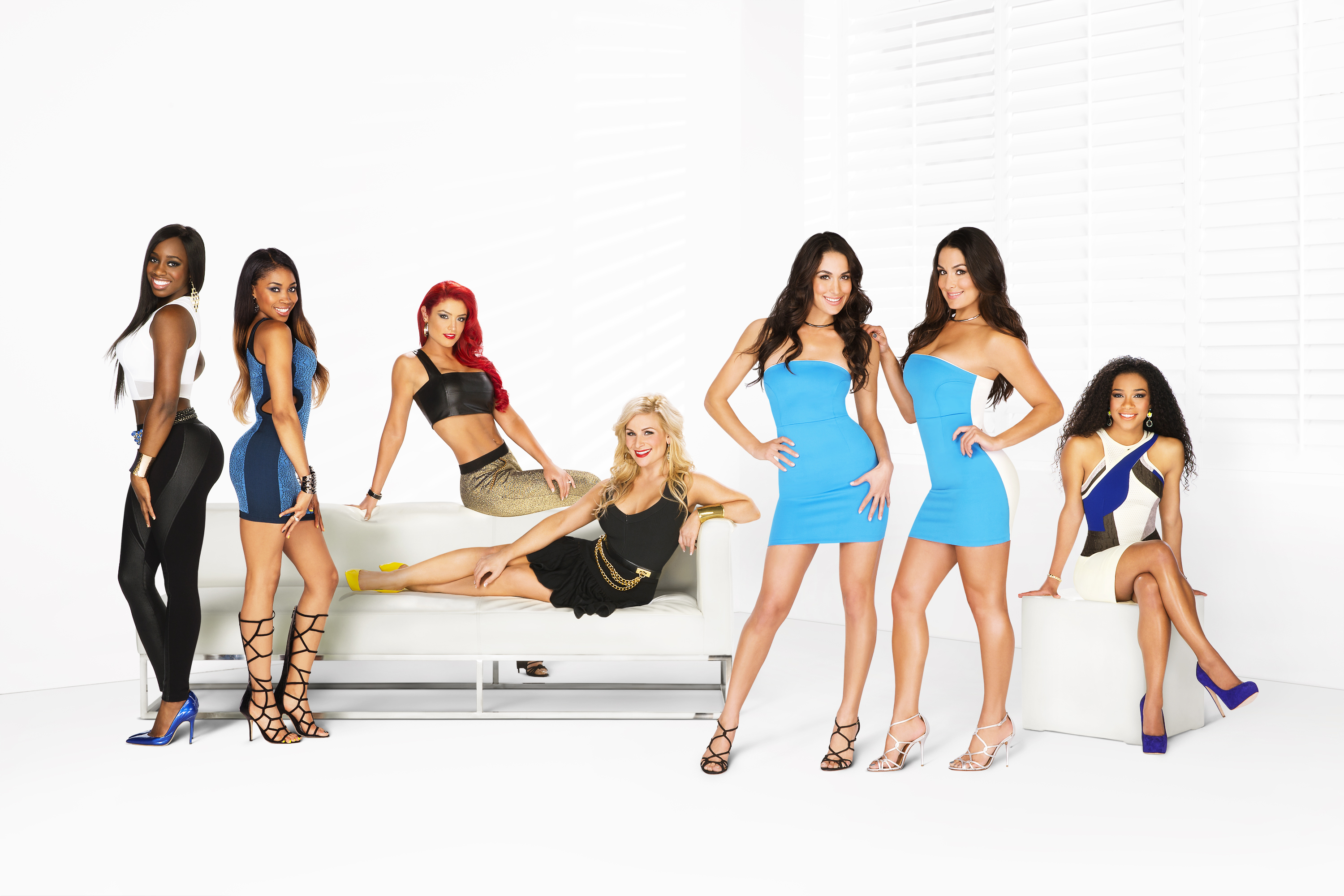 Six new episodes of “Total Divas” debuts on Sunday, November 17, when season one of E!’s breakout hit series continues to take viewers inside the lives of the biggest female names in WWE: Nikki and Brie Bella (WWE Divas “The Bella Twins“), Nattie (WWE Diva “Natalya“), Trinity (WWE Diva “Naomi“), Ariane (WWE Diva “Cameron“) and WWE Divas-in-training Eva Marie and JoJo. The action will pick up with some newlywed drama for Nattie as her new husband has trouble seeing his wife in the ring with WWE Superstars for a living. Nikki will be moving in with John Cena, who just suffered an injury, and is surprised with a “co-habitation agreement,” while her twin sister Brie is having trouble finding common ground with her WWE Superstar boyfriend Daniel Bryan.

Meanwhile, Ariane’s health issues escalate, which means her tag-team partner Trinity has the opportunity to prove she has what it takes to be a strong solo Diva. The newbies will continue their climb in the business of WWE with Eva Marie pushing buttons with every step she takes.

The first eight episodes of season one, which concluded in a dramatic mid-season finale on Sunday, September 15, averaged 875K A18-49 and 1.4 MM total viewers, making it E!’s most-watched freshman series since Summer 2011. The highly buzzed about new series also ranked as the #1 most social Reality Show on Sunday night. Season one continues Sunday, November 17 at 9 PM.

The mid-season finale of “Total Divas” on Sunday night showcased the rocky road to the alter for WWE Diva Nattie and her WWE Superstar husband Tyson Kidd. An appearance by a blast from Nattie’s past delayed the nuptials but after a few tears and heated exchanges, the duo tied the knot in front of their closest friends and family – with the exception of Nikki Bella who chose meeting her boyfriend John Cena’s family for the first time over the wedding of her close friend. The tension between the two Divas over wedding attendance was put to rest during the ‘Total Divas After Show’ when Cena apologized for making Nikki choose him over Nattie.

Meanwhile, viewers also saw Trinity rush Ariane to the hospital for some inexplicable stomach issues and the feud between the WWE Divas in training, Eva Marie and JoJo, came to an all-time high that ended with the girls moving out of their new apartment. Their growing resentment opened the After Show when Eva Marie called out JoJo for Being a “child” and claiming that taking care of a little girl was not what she signed up for.

“Total Divas” second half of season one picks up on Sunday, November 17 at 9pm ET/PT on E! with six new episodes that will continue to explore the lives of the biggest female names in the WWE.