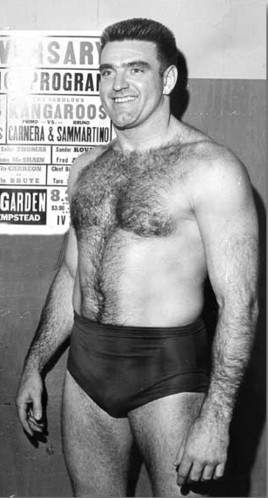 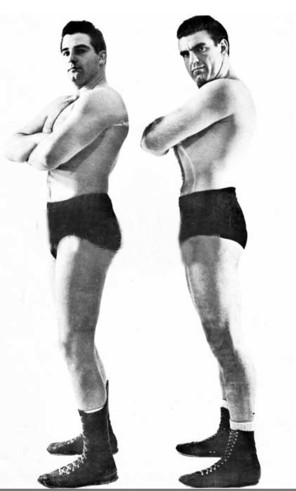 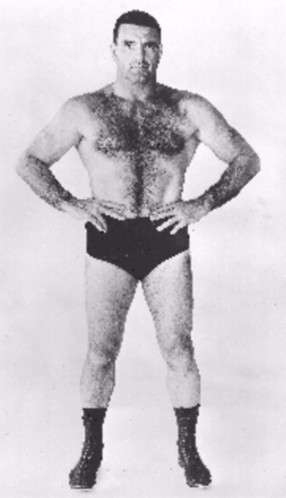 Richard Burnett wrote: Here’s an exclusive for you. Don has never wrestled under “The Buffalo Bomber.”
Don was living in the Tampa area in the mid sixties promoting the NWA in the state. He had a friend that was a police sergeant that worked out with him. They were at a gas station paying for gas and getting a snack and Don realized that he was short cash. He was a clown, so he grabbed a pencil and scrap of paper to make an IOY, but, instead wrote “I have a bomb, give me all the money.” He showed it to his friend and they got to chuckling. His friend paid the balance. The clerk wanted to know what was in the note and they did not tell her and threw the note away. Well, it landed on the floor and the clerk read it after they had left and called the cops. Just so happens, the night before, someone robbed the Delta terminal using the same wording. 2 officers show up at Don’s house (Dottie is pregnant with Lisa) and take him downtown for “parking tickets.” Don is very perturbed because he is speaking at a Boy’s Club in Sarasota @ 5 pm. Next thing they know Don is in a line up! Dottie had called the wrestling family to get some help and was crying outside of the station as Don’s friend is walking up. He asked her the problem and his friend starts laughing and explains the note. Eventually, it all gets straightened out and the detectives are worried. Don had dinner with a prominent judge and wrestling fan at the time the robbery took place. They asked Don why he had not told him that bit of news and Don said “You never asked me.” Well, that week Solie had decided Don was going to have a rib that would last for the rest of his life. During his first interview on the upcoming events, Gordon introduces Don as the “Buffalo Bomber” (Don cringed) and tagged him with that name any time Don wrestled or was introduced. Don hated the name and the rib stands today.

Robert Louis Howell wrote: 1970, in Atlanta: Don Curtis and a mystery partner challenge the Assassins. The partner was Doug Gilbert (The Professional) — The Assassins won. In 1972: On the first NWA TV card held after the ASWA split. Curtis won a reversed decision from the Professional. Curtis was flipped into the ropes and literally hung himself by his neck. The Pro “freed” him elbow smashing him through the ropes then won with a neckbreaker. The Pro then came of the top rope with a knee drop after the bell and the decision was reversed. The next week on TV Curtis was beating Buddy Colt with a sleeper hold when Colt rammed Curtis head into a turnbuckle and used a neckbreaker to when.

Tom Kuhn wrote: I remember Don Deitelman when he wrestled in buffalo afterr graduating from the university of buffalo. he would pin his first few opponents in less than two minutes until he wrestled howard cantowine. then it took him five minutess. cantowine was gorgeous georges traveling partner.