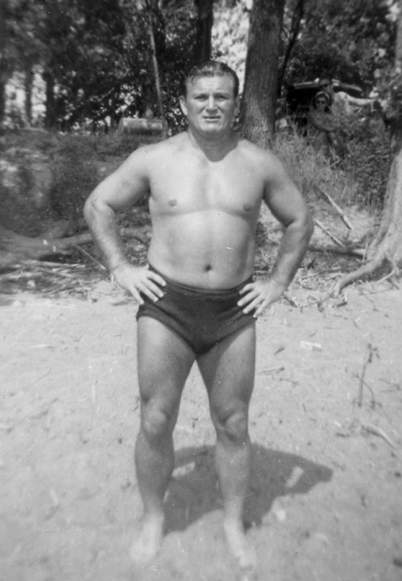 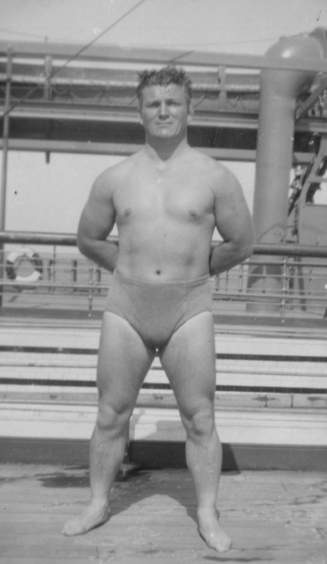 Michael J. Kenyon (aka OldFallGuy) wrote: Jack Wentworth, another of those Hamilton ON boys, had a long career in the business but seldom got much of a push, despite doing a lot of traveling, including regular overseas jaunts to England, France and South Africa, among other destinations. He was overseas so much, in fact, that he was often as being from there when appearing throughout the U.S. southern states.

“Modern-era” fans may recall that it was at Wentworth’s wrestling school in Hamilton that the man who became famous in the ring as Ivan Koloff got his start. Those of us a little longer in the tooth will recall a little more Wentworth trivia:

On Thursday night, January 5, 1956, the evening on which Vincent J. (Vince Senior) McMahon launched what would grow into the largest, most lucrative professional wrestling promotion in history, Jack was putting over Antonino Rocca in the main event at the newly renamed “Capitol Arena” (formerly the longtime Turner’s Arena) in Washington, D.C. That card was the first of McMahon’s presentations over WTTG-TV in Washington.

And, when the show was first aired in New York City, on Thursday night, June 21, 1956 (over, I believe, WABD-TV, Channel 5, with Ray Morgan on the mike), Wentworth was on that card, too, although this time in the opener, putting over Angelo Martinelli. (Karl von Hess, Dick Steinborn, Hombre Montana and “Slave Girl” Moolah were some of the luminaries on that card.)

In North America, Wentworth seemed to mostly go from working throughout Ontario (you could find him up in the North Bay territory during the summers) and all over the southern United States (he had regular tours to the Carolinas, Florida, the Gulf Coast, plus Memphis, Birmingham and Atlanta all through the 1940s and ’50s).