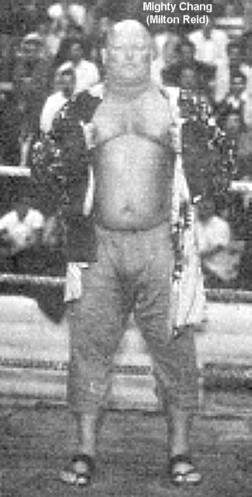 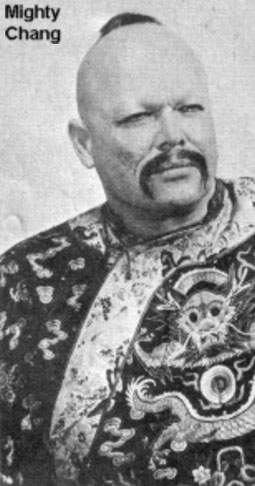 Adrian Street wrote: I first met Milton Reid in 1958 sunbathing in the Serpentine at Hyde Park, London soon after he had completed the ‘Camp on Blood Island’ movie, as well as that movie and the others mentioned on your site he played one of Dr. No’s bodyguards in Sean Connery’s first James Bond movie [Tom Connery – that’s Sean’s real name and I were both posing for a physique photographer ‘Mark’ prior to that time.] Milton was also in 55 Days in Peking with Charlton Heston and played a Javanese Pirate in ‘Swiss Family Robinson’. I saw Milton Reid wrestle as ‘The Mighty Chang’ many times, but never wrestled with him myself.