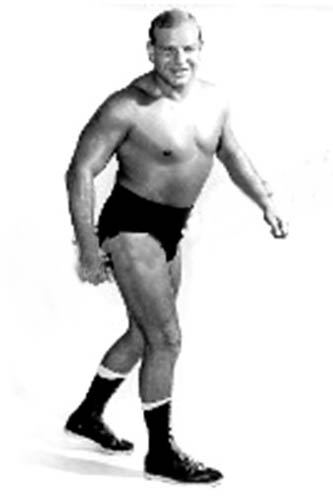 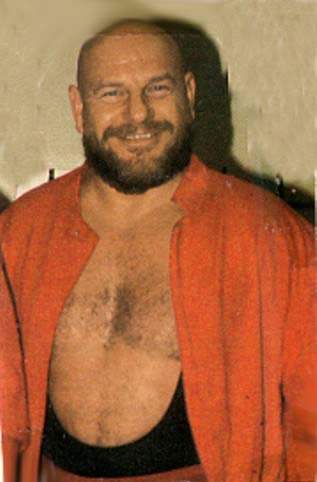 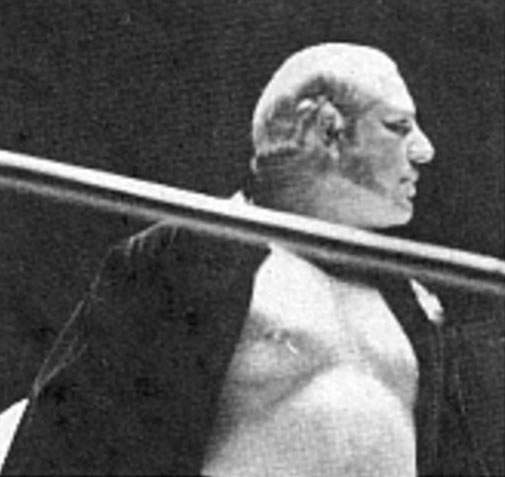 1968: Demarco debuted in Atlanta beating Dick Stienborn in an upset. After several weeks of mostly victories and draws Demarco lost to Johnny Valentine. Valentine won and Demarco was furious. On TV the next night Paul challenged JV to a rematch and Tim Geohagan who was set to wrestle JV stepped aside. Valentine hit Demarco with elbow smash after elbow smash. Instead of finishing Paul off clean JV jumped of the top rope onto Paul neck with a final brain buster elbow smash. Paul was hospitalized and JV was finally defeated by The Professional and left town when Demarco returned he was a changed man not only a pure heel. (he had walked the edge before) his specialty was the elbow smash off the top rope. Unknown to the public at that time Paul’s mentor in GA had been Johnny Valentine.

For 36 seconds Demarco was World Champion — In 1969, Demarco wrestled Dory Funk Jr. for the World’s Title and got a 3 count. Funk’s foot was on the rope and the referee restarted the match. Funk won with a cradle hold. Homer O’Dell printed handbills and posters proclaiming Demarco as Worlds Champion with the word Claimant at the bottom in small letters. In 1970, Funk wrestled Demarco in 2 rematches; The first saw Paul DQed when O’Dell interfered.

In 1970, Demarco wrestled Terry Funk twice, once to an hour and five minute overtime draw. The second Demarco elbow smashed Funks leg and hospitalized him. The third Demarco vs Dory Funk Jr. match had a stipulation that Funk could have 5 minutes with Homer O’Dell if he beat Demarco. Funk cradled Demarco again and O’Dell interfered. Paul was DQ’d and left O’Dell to his fate. Buddy Colt pulled the severely wounded O’Dell out of the ring and O’Dell walked on crutches for two weeks. He announced the next night he had “fired that chicken Demarco”.

Joe Scarpa & Paul Demarco had a rough main event match which Scarpa won with the sleeper. Demarco was injured by the hold because Scarpa had applied too much pressure. This resulted in one of the roughest feuds in Atlanta history. It also resulted in the barring of the sleeper for a few months in the State of Georgia..

October 1969: Joe Scarpa received a shot at the World’s title for winning the first Georgia TV title tournament. Paul Demarco, who was claiming the Worlds title changed Scarpa, agreed to wrestle him for the shot at World Champion Dory Funk Jr.. By special dispensation the sleeper which had been banned was reinstated for 1 night. It would be made permanently legal at the opening of 1970. The match was an extremley rough one hour draw. Both Scarpa and Demarco wanted 5 more minutes. Homer O’Dell wanted to flip a coin. Demarco went along and Scarpa agreed. Demarco lost. Demarco jumped Scarpa and stomped him out of the ring. O’Dell argued with referee Leo Garibaldi all the way up the aisle finally knocking him over 3 chairs. Scarpa went in the next week as a favorite having previously held Funk to a draw in Augusta. Funk won. The Scarpa vs Demarco feud continued.

Robert L. Howell wrote: The July 24 1970 match in which Bockwinkel won the GA title was the result of a split decision in a prior match in which one referee had declared Bockwinkel the winner and another Demarco. Demarco had won a tournament on Atlanta TV beating Bobby Shane and El Mongol (Mongol by refs decision) to win a shot at Nicks TV title Nick wanted the match to be at The City Auditorium where it would draw a big crowd and the match was set for a GA Heavy weight title match. Another match between Nick and Paul resulted in Nick either jumping or being thrown over the top rope resulting in another disputed decision. on the 24th with the title held up Nick won and settled the matter but his team with Demarco was no more.