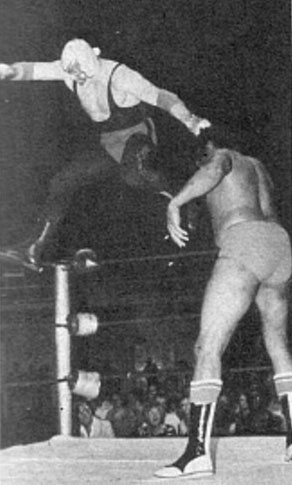 In The Beginning – Canada:

Jardine was best known in Texas, where he was a long-time top heel for several different runs. He held the National heavyweight championship for Georgia Championship Wrestling when the promotion was purchased in 1984 by Vince McMahon, who bought it primarily for access to TBS. He went to WWF, but quit the business shortly afterwards.