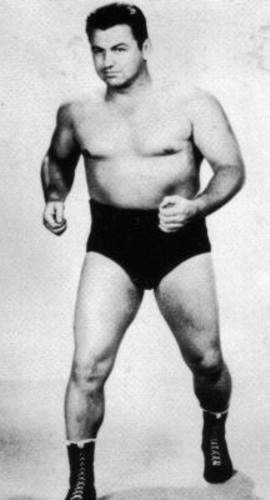 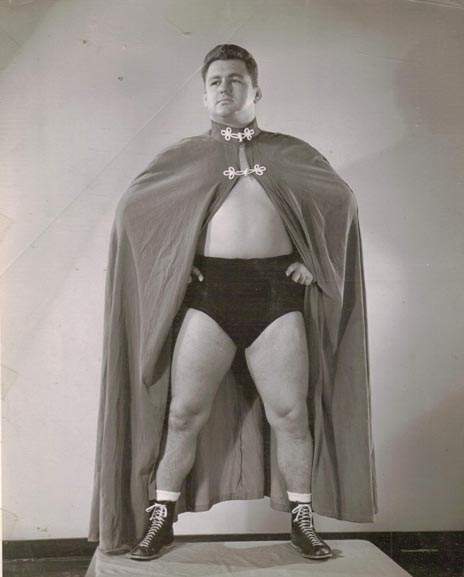 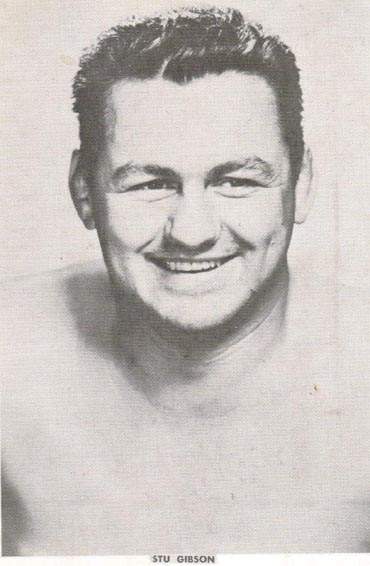 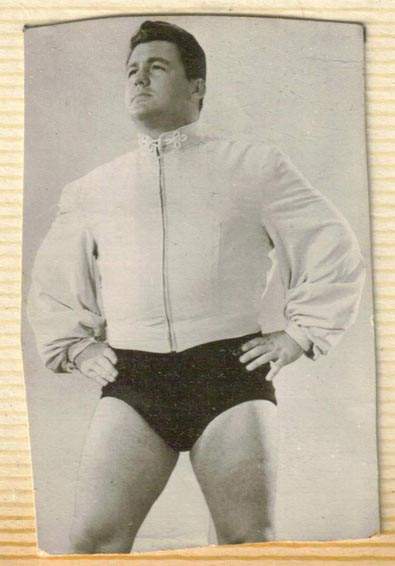 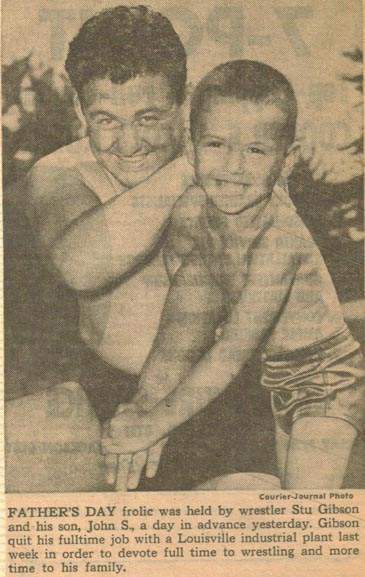 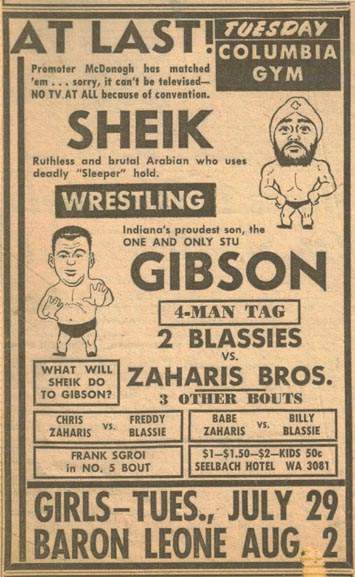 Bruce Gibson (Stu Gibson’s other SON) wrote: One of the last Notable Feuds that Stu Gibson had was with Pepper Gomez. In the late 60’s at the San Antonio Municipal auditorium, Stu was a regular wrestling referee working for San Antonio promoter Joe Blanchard. Stu was the referee for a big main event fight between Pepper Gomez (a South Texas Favorite) and Johnny Valentine (a South Texas Dirty Fighter). When Stu had bent down to see a potential tap out, Johnny Valentine “Bonked” Stu on the head, sending him to the mat. After Stu regained his composer, Stu disqualified Pepper Gomez from the fight and declared Johnny Valentine the winner of the match. Pepper Gomez went into “Ballistic Rage” and swore vengeance for the misdeed. Over the next month, Stu Gibson and Pepper Gomez fought in over 20 wrestling matches across the Lone Star State to bring the legendary grudge match to the Texas Fans. What the crowds never knew was that Pepper Gomez was one of Stu Gibson’s best friends.

Michael J. Kenyon (aka OldFallGuy) wrote: Colonel Stu Gibson worked regularly, as someone noted above, around MO-KY-IN in the ’50s, when the weekly shows in Louisville, Evansville and Indianapolis, etc., and in surrounding towns, were loaded with first-rate talent (Blassie, Longson, Millich, Ralph Garibaldi, Cherry Vallina, Chief Little Wolf, Bobby Managoff, et al). Then, a few years later, he got over pretty good in east Texas, working for Morris Sigel and Paul Boesch. At one point, he teamed with Hard Boiled Haggerty (Don Stansauk) to hold the Texas tag belts and, in another tour, was a holder of the infamous Texas Brass Knucks Championship. He worked as a heel but was supported by the fans.

I recall one incident in particular, on a Tuesday night in the winter of 1962-63. It was a small card at Victoria TX (the town was running the “off” show on the same night as the main card at the Sportatorium in Dallas), where Gibson and Danny McShain hooked up in double count-out. It ended back in the corner of the building, on top of the concession stand, with Gibson spooning mustard into the semi-conscious form of McShain, amid veritable pandemonium.

Okay, so what — but the kicker was cute: They came back a week later, in a rematch, with McShain refusing to wrestle until “all mustard was barred from the building.” And that turned out to be the actual stip, with the fans forced to eat “dry” hot dogs for a night. I suspect that witty angle may have been the brainchild of the veteran Dirty Dick Raines, by then a 30-plus-year veteran retired from active wrestling and working as a roofer in Dallas by day, while handling a few “spot” shows by night, e.g., Waco and Victoria.