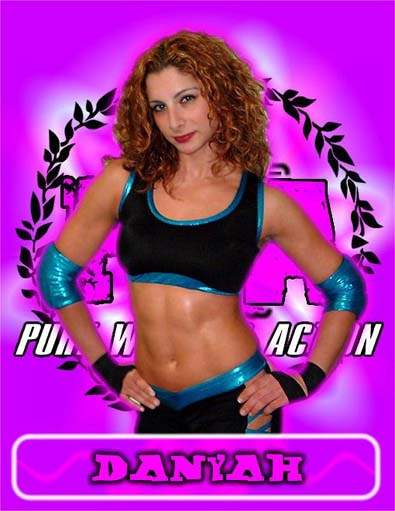 Donnie and Dan-e-o introduce the in-studio guests, Ontario Indy Superstars Danyah and Sebastian Suave, and both chime in with their own O’s and No’s this week. Dan-e-o starts off by No’ing for winter‘s bitter cold, which leads to Suave detailing his recent tour of the northern Canadian territory, Nunavut, which he O’s for. Suave also O’s for the Toronto Maple Leafs’ firing of GM John Ferguson Jr., although Donnie wonders whether the team is even fixable after Ferguson’s mismanagement.

Next, Danyah O’s for the UFC 80 PPV. Donnie O’s for Bobby Lashley‘s reported release from the WWE, and the panel explores the reasons for and implications of his release. Donnie also O’s for the WWE’s move to HD, although he explains why it could cause problems for the workers – it could be “a clusterfuck waiting to happen.” Donnie also No’s for Smackdown, particularly the Jamie Noble-Chuck Palumbo-Michelle McCool storyline. Next, the panel No’s for Chavo Guerrero winning the ECW title, which leads to a discussion of the problems with ECW as a whole. Donnie No’s for both Jeff Hardy‘s and Chris Jericho‘s promos from Raw. To finish the segment, Donnie has two non-wrestling O’s: he O’s for Columbus Blue Jackets forward Rick Nash’s video game-like goal from this past week and for New England Patriots Wide Receiver Donte Stallworth revealing that he has another personality: Nicco. Maybe he’s preparing himself for a career in professional wrestling!

Before Notorious T.I.D. joins the discussion, Donnie starts off the segment by wondering why people think it’s necessary to talk on their cell phones while using public restrooms, and shares a couple stories from real-life experience at work! This leads to a discussion of when or if it’s ever appropriate to do so.

T.I.D. enters the discussion by praising himself for predicting that the UFC 80 PPV would be an entertaining one. He also says that Marcus Davis has the most upside out of all the young guys who made a name for themselves at the show, and he also puts over the Paul Kelly-Paul Taylor fight. T.I.D. then discusses Wednesday night’s UFC Fight Night card, praising Nate Diaz and Patrick Cote in particular. Next, Donnie mentions that Dave Meltzer’s recent headline for an article for Yahoo Sports referred to Brock Lesnar as a “fake wrestler” joining the UFC, and wonders why Meltzer is burying the business with which he’s most closely associated. T.I.D. says that Lesnar’s “elite” amateur wrestling background should override anyone’s notions that Lesnar is not a legitimate fighter. T.I.D. also explains how Sean Sherk failed to capitalize on a chance to sell PPVs with his commentary during the B.J. Penn-Joe Stevenson fight. Next, T.I.D mentions that Tito Ortiz’ final match with UFC is scheduled to take place at the Bell Centre in Montreal, and wonders why Dana White would place the match on a card that’s going to sell out anyways. T.I.D. ends the segment with some controversial comments about Heath Ledger.

The boys discuss the Royal Rumble and give several reasons why this year’s Rumble is the first one in awhile they’re not excited about. Donnie says the Rumble lacks the surprise element that existed in previous years, and wonders why the WWE has never capitalized on the opportunity to build an underdog into a superstar, like a Carlito or Santino Marella. Next, predictions are made on who they think will win the Rumble match itself, and Donnie gives his ideal WrestleMania main event. Next, Donnie gets HOT over the fact that the U.S. title isn’t on the line in the MVP-Ric Flair match and takes his frustration out on some studio equipment. Donnie also gives his thoughts on the Edge-Rey Mysterio World Heavyweight Title Match and finishes by predicting that JBL will out-work and out-perform Y2″Gay.”

Tha prophet of rage from Compton, California returns this week by sharing his thoughts on Tiger Woods and the recent controversial cover of Golfweek Magazine. He also says there’s a white-man conspiracy against Barry Bonds and that he never took steroids. Next, he mentions that Jay Lethal didn’t get a push until he imitated a white guy. And just like last week, Vince McMahon is at the centre of Tha Black Prophet’s attacks. He also shares his thoughts on Elijah Burke and Teddy Long, and gives some advice to Big Daddy V, Elix Skipper and Awesome Kong.

Next, Sebastian Suave performs his entrance theme, produced by Tha O Show Music, “Bow to Your Saviour,” and has everyone in the studio in stitches. Dan-e-o says it’s better than any beats dropped by Fatty or Donnie from past editions of Tha O Show Radio.

The segment ends with Dan-e-o’s attempt to get Danyah naked – Donnie says it’s the best freestyle that he’s ever heard Dan-e-o perform and it leaves Danyah speechless. But did the song entice her to undress? Check out thaoshow.com to find out!

To start, the panel discusses how HD will affect work-rate in the WWE, and Danyah and Suave give their unique perspectives as workers themselves. Donnie suggests another way that the WWE could have launched their product in HD format. Donnie also explains why moving to HD would be a great move for UFC. Next, Donnie asks the workers if it’s a compliment or criticism when they’re told that they work stiff? He also asks, do shoot-punches make wrestling less of an art form? The show ends with the panel talking about an impromptu match between Danyah and Suave in December which leads to Suave being asked if he would have a problem with putting over a women wrestler.

Tune in next week for another episode of Rated O Radio!