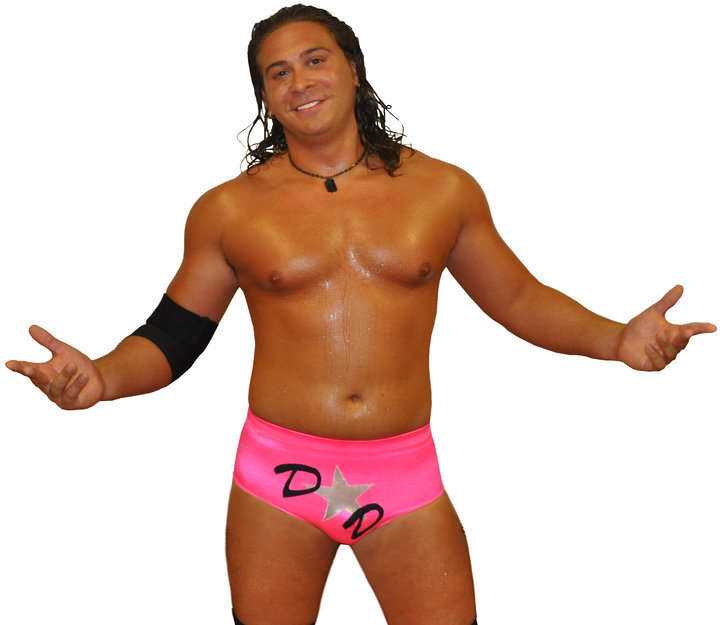 Independent pro wrestling star Damien Darling recently spoke to the folks at #Asked about his past relationship with WWE Hall of Famer Tammy “Sunny” Sytch. Darling addressed claims by Sytch of physical and sexual abuse, along with many other controversial topics. Check out the complete interview online at BlogTalkRadio.com. Below are highlights from the interview:

On why their relationship didn’t work out: “I think maybe Tammy thought that she’d have some boyfriend that she could move in with, that would come home from work, and she’d be f**cking passed out drunk. That would wash her, and clean her up, and because she was who she was, would just manage to pull through. That’s not me … One day I came home and she was passed out, and there was an empty bottle of vodka on the floor. The first thing I did was pick up the phone and call WWE, and get one of the representatives that handle their rehab facility on the phone.

“They would have sent a cab right over, would have picked her up and took her right to rehab. WWE rehab is amazing. They will absolutely send a cab to your house, pick you up and find you the best rehab facility in the country.”

On being accused of sexual abusing Sytch: “It was reported in the newspaper by her attorney, who made statements that she had broken ribs. When I first read that on a Monday morning – like the entire world did – the first thing I did was I went to the police department … They pulled me aside and said ‘listen, she was arrested on Friday, she was fine. She was here in custody on Saturday; she was fine. She saw her lawyer on Sunday, and a half hour later, they filled a criminal complaint against you for assault, and for sexual assault … they had her x-rayed, and she had no injuries, and absolutely no signs of any sort of sexual assault. So I was never, ever charged or investigated for anything. Her accusations of me breaking her ribs are just what they are.”

On some of the alleged lies she has told the media: “When she was released from prison – a normal person would maybe call your mom, or your family or your friends – the first thing Tammy did when she was released from prison was call TMZ. She called TMZ and said that she was writing an autobiography and that she was cured of cancer … She accused me of giving her an STD, that was HPV, that turned into cervical cancer. HPV is an STD that could turn into cervical cancer. Only it takes seven to eight years for HVP to actually turn into cervical cancer. So that means that, eight years ago, when I was a freshman in high school – I was not the guy that was banging Tammy Sytch.”

On the final straw in their relationship: “She was arrested six times It really wasn’t until the last, final time that she was arrested in my apartment … I came home, the same thing happened again, only this time it was so f**king violent, and so dangerous … When you have a drunk woman attacking you with bottles, and knives and hammers and whatever else, there’s not a whole lot that you can do. The last time we were together, it was very very dangerous. There was a moment – I’ll be honest, I fell on my ass and broke down and cried. There was a moment where I just had a vision in my mind of newspaper articles of one of us being dead, because it was getting that bad. Like Chris Benoit and Nancy; something crazy. It was dangerous, and I had never been in a relationship like that before.”