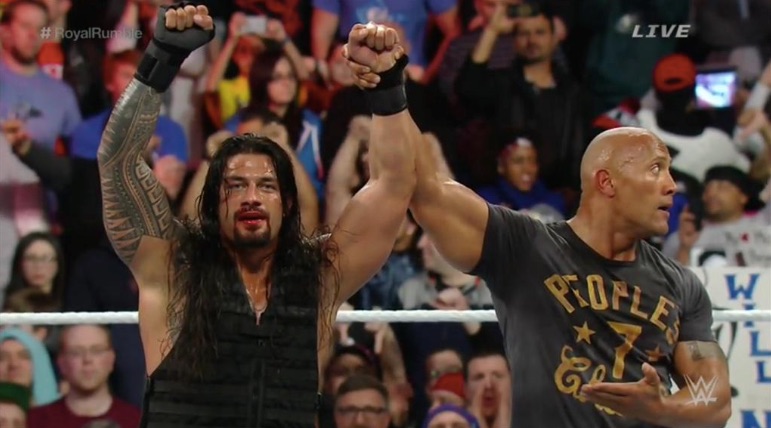 WWE’s 2015 Royal Rumble is now in the history book.  The show had a few unexpected returns and surprises, but left most fans with a bad taste in their mouth judging by the live audience reactions and posts on Twitter.  The highlight of the show was the triple threat match between John Cena, Seth Rollins and Brock Lesnar for the World Championship.

Unfortunately, the Rumble itself was a bit of a letdown.  Daniel Bryan is still over like a million bucks, but was eliminated early.  Bray Wyatt entered early and had several impressive eliminations and had strong crowd support only to be eliminated unceremoniously toward the end of the Rumble.  It was fun seeing Bubba Ray Dudley return to the WWE ring and his interactions with R-Truth were fantastic.  Sadly, even though the fans were chanting for it, D-von Dudley didn’t show up.  Ultimately, Roman Reigns was the last man standing after an assist by The Rock™ and will be heading to WrestleMania in Santa Clara, CA. 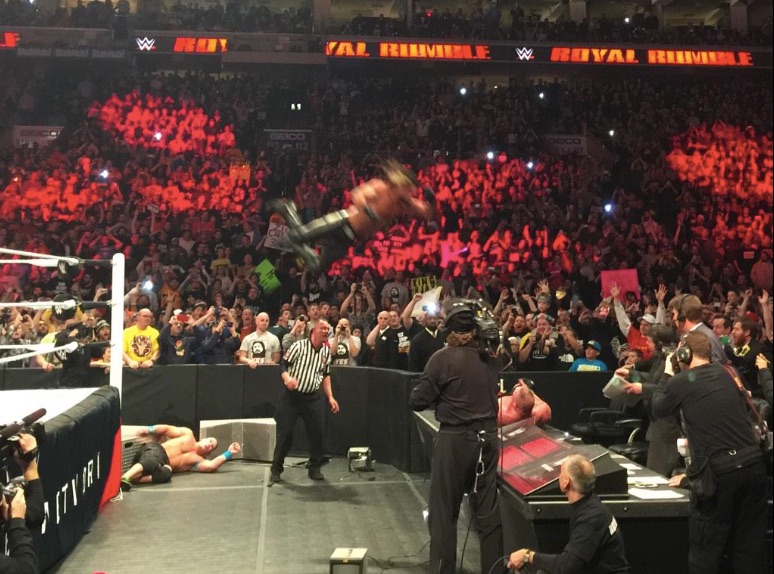 The Bella Twins vs. Paige and Natalya
Nikki Bella pinned Natalya with a running forearm.