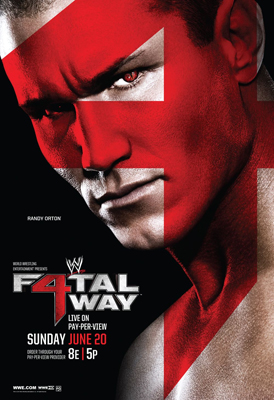 Fatal 4-Way was a professional wrestling pay-per-view event produced by World Wrestling Entertainment (WWE), which took place on June 20, 2010, at the Nassau Veterans Memorial Coliseum in Uniondale, New York.[3] The show was based on certain matches on the card that are contested as fatal four-way matches. The event received 143,000 pay-per-view buys, down on The Bash‘s figure of 178,000 buys. This was the final WWE pay-per-view event to be held in Nassau Coliseum after the coliseum will have a renovation. Also, this was the first and only Fatal 4-Way event produced by WWE.