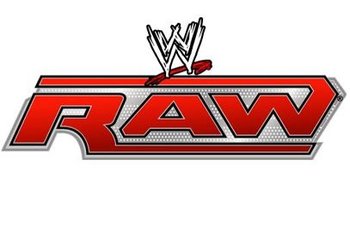 Opening Segment: We are live in Oklahoma City, CM Punk Comes to the ring, He says he knows why The Shield attacked him and it’s because he criticized Triple H. He says he wants to live in his WWE universe but calls the “King of Kings’ dense. He says that Triple and the “Authority” are the biggest losers he has ever seen. Stephanie McMahon comes out and wishes us a happy thanksgiving. She says that there is no way that Triple H had The Shield attack him because its below them She says they were just as upset that The Shield attacked him then she hypes the Contract Signing later tonight. She adds that if he has any other comments then he can ask Kane. He comes out; he says the “Authority” had nothing to do with the attack. Punk asks him when he became an ass kisser but Kane advise him not to go down this road. Kane adds that they are not the enemy and not to go down this path. Punk challenges him and Kane wants to but Stephanie holds him back. The Shield comes out; they surround the ring as Punk gets a chair. Stephanie stops them and tells them to respect Punk. Kane announces that CM Punk will take on The Shield (all three members) at TLC.

AR’s Truth: Well that explains where there going with this.  The Shield vs. Punk at TLC? Not interested. Either they will add people to this or it will be a big beat down by The Shield. I would rather see Punk vs. Kane just so we can actually get a match out of it.

AR’s Truth: A good back and forth action match that was a bit short. Aside from that it keeps things rolling but Big E. was not the best on commentary. Touch up on the microphone skills, Sandow winning is interesting but still don’t see a title change this soon. Good match 3-5*

After the match Bray Wyatt does a promo about Bryan rising up against the machine.

AR’s Truth: An amazing promo by Bray once again. The match was good but not great. It’s better than what we could have gotten so im happy in that aspect. The NFL game had some of my attention during the slow parts of the match. Bray is very good in the promo skills and impressed once again. Good but not great 3-5* Match

Xavier Woods and R Truth Def. Tons Of Funk in 4:05

AR’s Truth: Ok so this is where there headed, Clay is to turn heel and feud with Woods. It’s either sink or swim with Clay as WWE is going to take him series. Can he be the next monster of WWE? Let’s find out

Ar’s Truth: Wow Del Rio goes from being world champion to losing for the first time to a guy he hates outside of the WWE and in their 101st match together. Maybe they go with a feud but I hope not as we seen their matches’ way to many times.

AR’s Truth: A awesome match that had a better finish. They have too many of these matches to keep up the expectation from these guys but it gives the show a good long match that we don’t have to sit through filler. Give it up for guys to have a new, fresh match each time. Go out of your way to see this match. Awesome 4.5-5* match

Ryback and Curtis Axel Def. The Miz and Kofi Kingston in 5:48

Ar’s Truth: A forgettable match and it looks like Kingston is dumb for forgiving Miz. Now Miz is heel or at least I think just because of WWE undesired to make a commitment to their decisions. Skip it 2-5* Match

AR’s Truth: a forgettable match that I guess fandango is a joke or a comedy act now? I have no idea where there taking these two characters and the sad thing is i don’t think creative does either. Ok 2-5* Match.

AR’s Truth: how does it make sense to have a guy who over ate on Friday then does the same thing on Monday. Silly nonsense that doesn’t need to be in the match. Have a normal match and leave the stupidity in the back.

Contract Signing Time! Both participants come to the ring; Triple H lists all the WWE and World Heavyweight champions in history. Now it’s a match that they have planned for a long time but they had to know that both champions could carry on as the face of the WWE. Time is now; Orton says that no matter how great the other champions are, he is better than all of them. He says that he will walk out with both titles. Cena introduces himself, Orton says they have history. Cena starts his jokes, he says that Orton turned into Triple H nightmare and never leaved up to his potential. Cena says that Orton is cocky and lazy; He says that Cena took his place and is the face of the WWE for his hard work. Cena says that he is just him and is pressing his buttons. He stares him down and challenges him if he wants to fight. They start brawling, Cena uses a ladder on Orton but Orton sends him head first into the ring post. Orton clearing the commentary booth but walks into a ladder shot. Cena with a chair shot then into the steel steps.  They go back and forth but Cena hits the AA on Orton through the table. Cena stands over him this time to end the show

AR’s Truth: A good ending to Raw that built up the main event to TLC, which WWE has failed to do in the past of building up its PPV. Cena hit the comedy jokes early but turned it into a really good promo.

Overall Rating: this show had some good moments then some dumb and boring moments. Better than last week and they really focused on building up TLC which is a good thing but was a good show but not great. They need to knock it out of the park next week. 6-10*