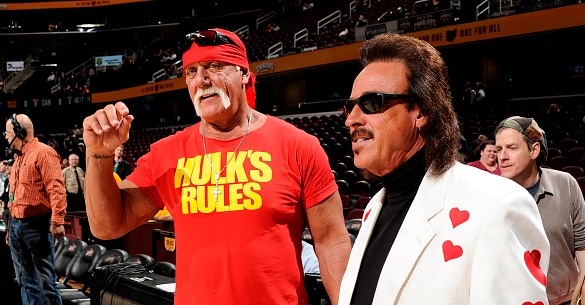 I said it last night and I will say it again. This was probably the best WWE house show that I have ever attended and I am a 35 year old male that has attended many over the years.

WWE really went out of their way to make this MSG show a BIG DEAL including appearances by legends like Hulk Hogan, Jimmy Hart, Ric Flair, Triple H, Kevin Nash, and Scott Hall. The Hulk Hogan segment was very enjoyable and it was cool to be there as they raised an official banner to honor the legend up in the MSG rafters.

Chris Jericho also appeared for a highlight reel segment that turned into a surprise match against Luke Harper. Jericho looked really good in the ring also.

Most of the matches were strong and the young roster was on full display. It felt even more special for me as a fan that has seen many of these young workers rise up on the Indy scene over the last 5-10 years and now they are major players in WWE coming down the entrance ramp at MADISON SQAURE GARDEN.

Other cool notes from the show:

Here are some pictures and videos from the event!