Home / Behind the Scenes / Ric Flair Dealing with Medical Issues 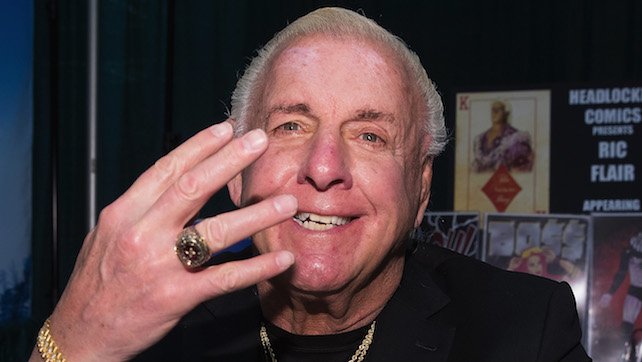 By Tim Fiorvanti, ESPN.com:  Two-time WWE Hall of Famer Ric Flair was hospitalized and admitted to an intensive care unit over the weekend, and after initially downplaying the seriousness of the issue, a representative for Flair has made a plea for public support.

As first reported by Pro Wrestling Sheet, Flair was hospitalized on Saturday morning for heart-related issues, with Zanoni initially reporting the situation involved “routine monitoring.” PW Insider’s Mike Johnson reported that Flair is hospitalized near his home in Atlanta.

Flair, 68, has spent the last five decades of his career in the world of professional wrestling with a reputation as one of the most charismatic personalities in the history of that business. His popularity and personality have transcended into the world of professional sports on many occasions, with players recreating some of his most famous wrestling promos and Flair himself often called to serve as a motivational speaker.

Related Itemsric flair
← Previous Story Time to Book Your 2018 Hotel Room!
Next Story → Bobby “The Brain” Heenan Passes Away at the Age of 73