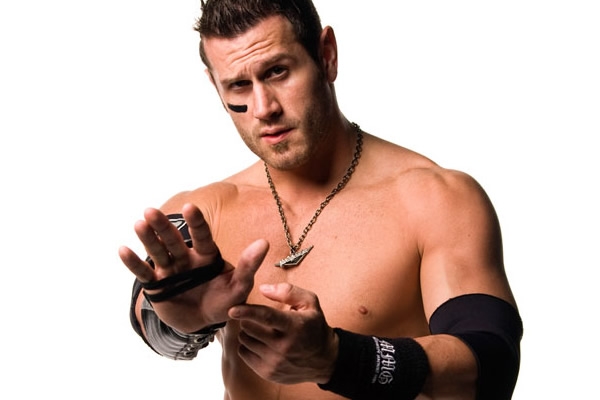 Ring of Honor released the following information regarding their release of a two-disc DVD set of Alex Shelly:

Talent On Loan From God….that is how Alex Shelley referred to himself the night Generation Next made its debut in Philadelphia and given the amazing wrestling abilities he has displayed throughout his career, it’s a nickname hard to discredit.

Even before he helped found the group, during his tag team and subsequent rivalry with Jimmy Jacobs, Alex Shelley demonstrated gifts few wrestlers possess and it only blossomed further under the GeNext banner. Battles with Jay Lethal, Doug Williams, and Bryan Danielson honed his technical prowess and prepared Alex for what would come next as he was exiled from the group he founded…

This 2-Disc DVD set contains 19 matches from Shelley’s ROH career including bouts with the likes of CM Punk, Samoa Joe, Austin Aries, as well as his 2007 return to ROH alongside Chris Sabin! His name is Alex Shelley and he is proudly Made In Detroit!

Alex Shelley and Jimmy Jacobs vs. Colt Cabana and Ace Steel Wrath of the Racket…8/16/03

Alex Shelley vs. Jimmy Jacobs vs. Jack Evans vs. Masada vs. Jimmy Rave vs. Danny DanielsROH Reborn Stage One…4/23/04

Alex Shelley vs. HydroGeneration Next…5/22/04

Alex Shelley and Fast Eddie vs. Austin Aries and Roderick Strong The Homecoming…7/23/05