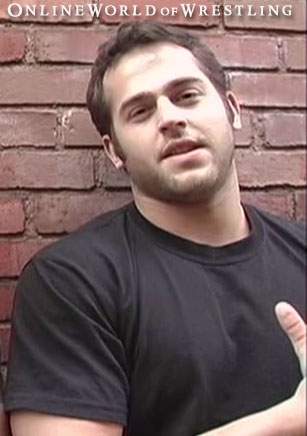 ROH World Champion Roderick Strong Discusses Final Battle 2010/His Title Defense vs. Davey Richards, His Reaction To Fans & Critics Alike That Feel His Run As Champion Will Be A Short One/Whether Or Not He Feels That He Receives Enough Respect As The Current ROH World Champion, Why Becoming The Greatest Champion In Ring Of Honor History Is Of The Greatest Importance To Him, Capturing The Gold From Tyler Black At Glory By Honor IX, Aligning Himself With Truth Martini & The House Of Truth, & What It Says About ROH’s Roster That Its Talent Are Wanted Commodities By Both The WWE & TNA

ROH World Champion Roderick Strong was one of the featured guests on this week’s live edition (12/6/10) of the award-winning Monday Night Mayhem. You can feel the “MNM Fall Tour ’10” every Monday evening (at 7PM ET/6PM CT), exclusively on The Monday Night Mayhem Radio Network (www.MondayNightMayhem.com).

Roderick joined The Big Mosh & “The Chairman of the Board” Todd Vincent for his debut on “Your Home of Wrestling Radio,” which is now available in Windows Streaming Media or via the official MNM Podcast on iTunes: