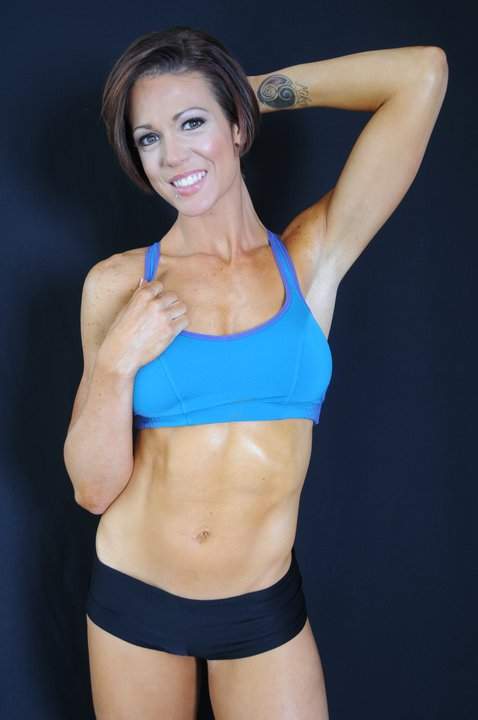 This past Saturday, on 12/11, WSU returned with our final show of 2011 to a standing room only crowd in a joint show with our brother NWS promotion. This was a show designed to let the younger stars of WSU shine and many wrestlers took advantage of the opportunity. Here are the quick results:

Alicia defeatedNikki Roxx to win the open contract for a title shot at any championship in WSU.    Alicia can use this title match contract whenever she wants in WSU.

“Alicia vs Roxx II” started off with WSU Spirit Champion Brittney Savage coming to the ring in an impromptu fashion. Savage stated that she had fractured her wrist, but it didn’t matter because the fans in Dunnellen, NJ didn’t deserve to see her wrestle anyway. Savage said she was going to do something she’s never done before in WSU and that was join the WSU commentating team! Savage called the entire night on DVD with WSU’s Robert Sternberg. Make sure to check out the DVD of this show to hear commentary of the entire show by the WSU Spirit Champion!

After Savage got to the broadcast booth, ring announcer Destiny was ready to start the show. However, she was interrupted by the WSU “All Guts, No Glory” Champion, Angel Orsini. Orsini, who recently had her belt sanctioned, has been on a tear in WSU defending her championship against all comers.

Angel Orsini announced that her scheduled opponent, Athena, had flight problems and was not here as scheduled. Orsini put out an open challenge to anyone in the locker room. Orsini’s challenge was quickly answered by Rick Cataldo. Cataldo said that his opponent Melissa Coates also was not here as scheduled. (Details on Athena/Coates, in our BACKSTAGE NEWS section below.) Cataldo said that Melissa Coates was off getting a vasectomy, but her loss was his gain and said he wanted to add some holiday weight, in the form of the All Guts, No Glory Championship, to his waist.

ANGEL ORSINI defeated RICK CATALDO in 30 seconds to retain the AGNG Championship
Orsini made quick work of Rick, putting him away with a Kiss of Death.

Orsini said she wanted a real match tonight and asked if there was anyone else in the back. Jamilia Craft, not scheduled for the show, came out to accept.

ANGEL ORSINI defeated JAMILIA CRAFT to retain the AGNG Championship
In a competitive match, Orsini put away the newcomer. However the story of the match was that Craft did hold her own against one of WSU’s best.

THE BELLE SAINTS (MARTI BELLE & TINA SAN ANTONIO) defeated JENNIFER CRUZ & MONIQUE to retain the WSU Tag Team Titles
Jennifer Cruz, looking to make a splash in WSU has picked a fight with the WSU Tag Team Champions. Cruz introduced Monique as her tag team partner. Monique sprayed perfume on the fans in the crowd and said that they all smelled. The Saints, who improve every match in WSU, kept their winning streak rolling. Cruz was visibly upset with the loss.

JANA defeated CINDY ROGERS in a SUBMISSION Match
In the battle of these former WSU Tag Team Champions, it was Jana pulling out the win against Cindy, in this hard-fought match, after a Jana Vice. Brittney Savage was upset that her Cosmo Club members lost all their matches tonight and vented on commentary.

KRISTIN ASTARA defeated NIYA
Making her WSU debut, Kristin Astara successfully defeated up-and-comer Niya. This was one of the stronger matches on the show and Astara defeated Niya after a urinage.

ALICIA defeated NIKKI ROXX in the main event to earn an open championship contract
This was one of the better matches in WSU in a while, as Alicia defeated Roxx in their first match together in 3 years. Alicia now has a contract where she can challenge any champion in WSU whenever she wants. Alicia can challenge for the tag, Spirit, AGNG or WSU World Championship. This was a match contested with pure sportsmanship. While Roxx was disappointed in the loss, she told WSUWrestling.com that she hopes Alicia can make the best of the opportunity and will give her a match, should Alicia win the WSU World Championship once again. This clash between former WSU World Champions must be seen to be believed.

BACKSTAGE NEWS:
WSU apologizes to our fans for the advertisement of Melissa Coates & Athena on this show. Athena had flight problems coming from Texas. She will now debut with WSU on 1/22.

Melissa Coates had one of her friends call WSU to say that she was sick & would not make it. WSU did not hear from Coates personally at all on 12/11. According to fan and internet reports, Coates was seen drinking heavily at another show before WSU, which is why she was sick. On 12/12, Coates admitted to WSU she was drinking and was partying with other wrestlers before the WSU show, but said the fan/internet reports were blown out of proportion. However, Coates has now no-showed several WSU events in the last few years, and WSU is a company that prides ourselves in never false advertising. WSU would like to wish Coates the best of luck in her career and hopes she can straighten her career out.

Brittney Savage had another booking on 12/11. However, Savage has fractured her wrist and was unable to wrestle. Savage was added to the show last minute and you can hear her as a commentator on this DVD.

Mercedes Martinez/Eddie Kingston vs Rob Vegas/Alicia & Brittney Savage vs Jana are two bonus matches that will be added to this DVD release.

WSU announced that our 1/22 event will be headlined by WSU World Champion Mercedes Martinez taking on WSU All Guts, No Glory Champion Angel Orsini in a match for both championships. This will be a LADDER match!

—
BACKSTAGE VIDEOS
Check out these free videos. Matches for 1/22 are announced in these videos as well!!!!:

Alicia Talks About Having A Shot at Any Title Whenever She Wants!

ANGEL ORSINI LAYS DOWN THE BIGGEST CHALLENGE EVER IN WSU

Nikki Roxx Is Ready For Jessicka Havok on 1/22

Jana Is Ready To Get Back Into The Championship Mix

Stay tuned for a press release soon with full details for our 1/22 show.

—
WSU thanks everyone for coming out and supporting us. We will have information on this DVD shortly.

Thank you for reading.