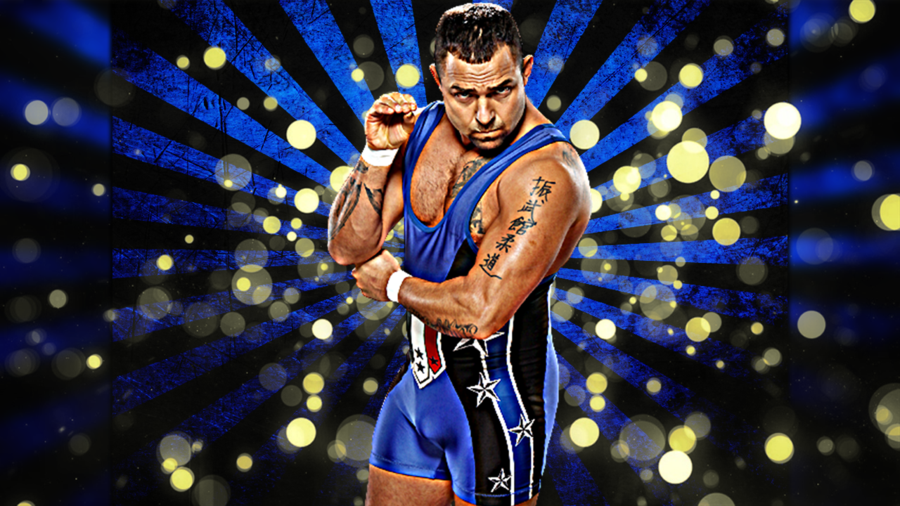 Bleacher Report columnists Mike Chiari, Brandon Galvin and Donald Wood had WWE wrestler Santino Marella on the Ring Rust Radio, and it was a great episode with plenty of exclusive content and insight into the star’s WWE career, Payback, his MMA studio, WWE Network and much more!

Here is a partial transcript of the interview:

Donald Wood: WWE’s Payback pay-per-view is Sunday, June 1, and there is a real buzz in the air about the show. As someone with a unique view of the action being in the trenches, what are you most looking forward to during the show?

Santino Marella: I really want to see the Shield vs. Evolution, for me, because this is a real classic story of the old champions that are past their prime and the new up-and-comers and somewhere theirs paths have to cross, somewhere one was going to be better than the other and it all was going to shift and change. Now? Is it maybe 2 years from now? That’s what I am really curious to see.

Mike Chiari: Having been with WWE for seven years you’ve had a lot of different experiences, but what one match or angle or moment stands out to you as your favorite thing you’ve been a part of in WWE?

Santino: It’s very difficult for me and I often tell people that the best moment is yet to come, but I believe winning the United States Championship was very nice, Elimination Chamber was very special for me, defending my US Title in a cage vs. Jack Swagger was cool; I had never been in a cage match before, to have just one moment; maybe wrestling in Italy.

Brandon Galvin: Not many fans know about your background in MMA, is this a style you would like to incorporate more into your future matches?

Santino: For my matches maybe not because my character is established but for the future and young talent, I believe this is the way the business should go because of the growth of MMA and people are becoming more savvy when it comes to submissions and takedowns and things like that. Before, when we said that wrestling was real we didn’t have to work so hard, but now that we acknowledge that it’s entertainment we have to be very realistic and that is the style we teach at Battle Arts Academy in Toronto.

Donald Wood: Your ring name Marella was an homage to WWE Hall of Famer Robert “Gorilla Monsoon” Marella. Did you have any say in this decision and how did it feel to be bestowed such an honor?
Santino: When they told me, immediately I realized it was an honor and a privilege and it did put some pressure on me to deliver the goods, so to speak.

Mike Chiari: You’ve been paired with a lot of different Divas over the course of your career like Maria, Beth Phoenix, Tamina and now Emma. As a performer how does sharing the stage with a valet or partner impact and enhance what you’re able to do?

Santino: If you know how to use them then of course you have a synergy and if you don’t know how to use them it can be a waste of time. I have been with very different women, for example, Maria was very delicate, more like a model, Beth Phoenix was very strong, Emma is very funny and Tamina was like an amazon. So you have to know how to incorporate them and it all depends on how the personalities mingle.

Donald Wood: You trained in Ohio Valley Wrestling under the tutelage of Paul Heyman. Heyman is widely regarded as one of the smartest minds in the business, but how did he influence your career and do you still go to him for advice?

Santino: Paul Heyman is like a wrestling genius. His input weighs a lot for me. In training, he was observing me and he pulled me aside and said I have an idea for you and he heard about my background and we became more selective and it was very good and it was very fun. I believe the people that watched, they believed 100 percent so we did our job, you know.

Brandon Galvin: You’re always willing to take a chance on something different and creative, whether it’s in the ring or outside the ring, with your character. How much of this a collaboration with others, or do you come up with everything we see?

Santino: In the beginning, it was more regionalized, then it was a collaboration, and now I have more freedom for input. They give me a skeleton, and say ‘you need to say this, this and this, but in your way’ and I come up with what I want to say.