Scott Norton talks about his time in the NWO 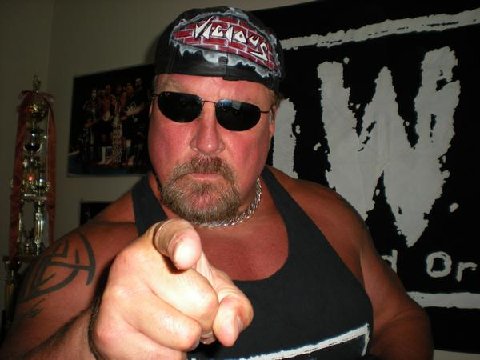 What was it like being a part of the nWo?

“Being part of that was amazing. The biggest heel team of all time, probably the most popular group of guys ever in pro wrestling, we took that thing to the limits. Nitro was just exploding, wrestling was exploding, it was absolutely the biggest thing in pro wrestling ever. So being a part of it, I was very grateful to be in the right time, right place. We had a great group of guys being around it, being involved in it; absolutely the best part of the business for me here in the states.”

What is his opinion of the New England Pro Wrestling Hall of Fame inducting not only guys who were big-name stars but guys that were enhancement talent?

“I’m going to tell you something. When you determine guys as enhancement talent, these guys are just as talented or even more talented than the top guys. Some of the enhancement talent guys are so good that they elevate top dudes. Without them, you’re sunk. I don’t look at guys like that…a lot of guys call them jobbers. That’s BS. There are some guys out there that are just unbelievable…I think that’s great, and I think it’s well-deserved.”

* Who gave him the hardest matches he ever had in his career?
* If MMA had been big earlier in your wrestling career, is that something you would have wanted to pursue?
* Whose idea was it for him to be part of the nWo?
* What was the story behind the incident where Hulk Hogan whipped David Flair during an nWo attack?

Scott will be appearing at the New England Pro Wrestling FanFest 2014 on Saturday, June 21, 2014 at the Crowne Plaza Hotel in Warwick, Rhode Island. For additional information, go to http://nepwhof.weebly.com/.