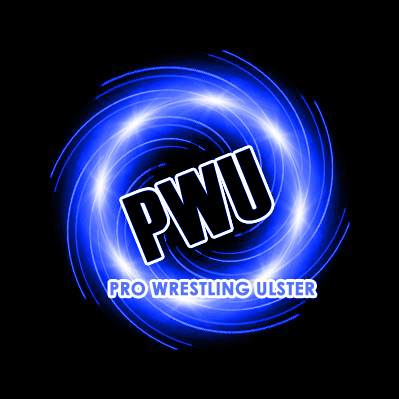 On Sunday I attended Pro Wrestling Ulster’s latest offering in the Balmoral Hotel, Belfast.  I have attended 2 of their ‘Proving Grounds’ events in Malone Rugby Club and although enjoyable I haven’t been blown away or thought that I simply HAD to be at the next event.

This show changed that.

Quite simply this was a great show! From the opening segment with JDP and Tron I was hooked for the evening, this interchange was excellent. I’ve known about PWU for several years but never attempted to learn anything more about them until I heard that one of their stars, Tron, had signed for WWE last year. I assumed all was going well until I attended my first PWU event earlier this year and Tron was there as champion, I naively thought he was on holiday or on a break from FCW but it turned out he had been released. From the moment JDP started talking about Trons’ ‘holiday in Florida’ I was hooked! Tron retaliated by saying he had been making friends and learning from legends like Dusty Rhodes and Ricky Steamboat while he was there, JDP asked “what about John Laurenaitis, was he your friend when he wished you well in your future endeavours?”.

The match of the night in my opinion was Damien Corvin vs. Tucker; I have seen these 2 in action a couple of times now and have been impressed with their work rate, skill and ability. I would love to see both of these guys having a full time career in wrestling. To my surprise at the end of the match Tucker pulled me from the crowd, pointed to my Daniel Bryan T-shirt and started a “yes!” chant. I panicked when he pull me out initially, I thought he had seen me make some notes was maybe going to show me what he thought of reporters. Thankfully not.

The tag match between the Hot Shots and Big & Dirty was very a good match and was one of the longest of the night, it was also during this match I noticed how good the referee was. His movement and timing were excellent but in a way that did not detract at all from any of the action.

In a sense this was a show of 2 halves, the first featured fast paced action and the matches had a higher intensity. The second, although entertaining and enjoyable was a slower pace and in certain respects was more storyline driven.

The main event was initially going to be Tron vs. JDP for the Pro Wrestling Ulster Championship but this was changed during the opening segment to Tron & JDP vs. Reality.  This was a slow match and although good it did not match the standards set earlier in the night. The culmination of this match was enjoyable chaos and resulted in an open challenge being issued for Tron’s PWU Championship, any member of the roster that could pin him before the end of the night would be the new champion. This was an entertaining melee and just when it appeared that Tron had retained his title, Los Hollywood Sanchez came from behind and with the help of a steel chair became the new PWU World Heavyweight Champion!

The next PWU event is on August 26th, for any local wrestling fan there is no reason why you should not be there. Pro Wrestling Ulster is not WWE. It doesn’t try to be and it doesn’t need to be.

It is also worth noting that the event featured a former PWU star who has promoting his new movie “The Last Light”, it has been getting rave reviews and won awards in Florida, unlike Tron.

For more info go to http://www.yellowfeverproductions.com.

Stephen Harland is a guest columnist for OWW