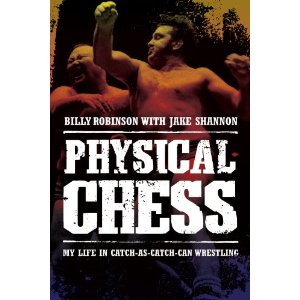 In his new autobiography Physical Chess: My Life in Catch-as-Catch-Can Wrestling (June 2012, ECW Press), legendary British fighter Billy Robinson takes readers on an engaging trip back in time using his own experiences, both inside and outside the ring, to explore the roots of modern day wrestling and mixed martial arts.

At 74 years old, Robinson (better known in professional wrestling circles as “The British Lion”) is one of the last of the famed Lancashire submission experts. Dubbed “catch wrestlers,” these tough-as-nails fighters were known for their excruciating holds and brutally efficient techniques. Catch wrestling is the great-granddaddy of today’s mixed martial arts, professional wrestling, freestyle wrestling, and other reality-based self-defense systems. In the foreword to Physical Chess, co-author Jake Shannon describes these little-known fighters as “the men who broke their bones, spilled their blood, and bet the wages they earned after a long day in the coal mines, steel mills, or lumberyards, merely to see who was the better man.”
Covering his humble beginnings in post-WWII England amid a family of fighters, his encounter with Hemingway in Spain and worldwide travels as a wrestler, and his ongoing work as a trainer, Robinson shares the details of an extraordinary life. With charm and candor, Physical Chess fills a crucial gap in the history of wrestling and MMA.

As he has done training generations of fighters, Robinson’s amazing book passes down a lifetime of knowledge about a proud tradition that he has kept alive.

Billy Robinson (born 1938) is a British professional wrestler and catch wrestling instructor. He was successful in Europe, North America, Asia, and Oceania, winning titles in promotions nearly everywhere he wrestled, and is well known in Japan where he has trained MMA fighters in catch wrestling. He lives in Little Rock, Arkansas.

Jake Shannon is the author of Say Uncle!, the founder of ScientificWrestling.com, inventor of the Macebell, and a master hypnotist.  He currently lives in Salt Lake City, Utah. 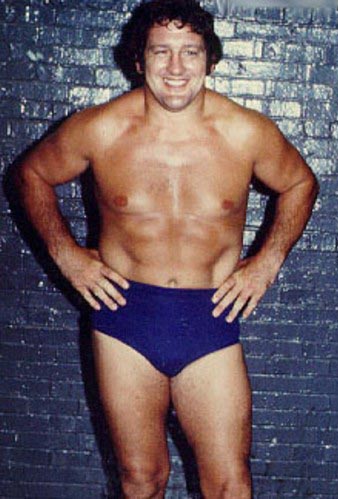 OWW BOOK REVIEW:  Physical Chess: My Life in Catch-As-Catch-Can Wrestling by Billy Robinson
Physical Chess, written by Billy Robinson with Jake Shannon, is Billy’s opportunity to set the record straight. Billy begins the book by recounting his harsh upbringing where the average male life expectancy was thirty and where people passed away for diseases that have been wiped away with current medicine. This is why he believes men where a lot tougher in his day, including Billy Riley.

Billy Riley ran what would be known as the “Snake Pit” and Billy Robinson describes this place as where the best wrestlers that mankind has ever produced trained there. These were not professional wrestlers or even Olympic wrestlers that we know today. These men were the elite fighters of their day.

Due to Billy’s status as a legendary professional wrestler it cannot be left out of his story, but this isn’t a professional wrestling book.  Professional wrestling is simply used as a vessel that takes you from Australia, United States, and finally to Japan where he trains Japanese wrestlers that become some of the most famous in history, including Antonio Inoki, Nobuhiko Takada and, Kazushi Sakuraba.

Billy Robinson tells a famous story of fighting Peter Maivia who happens to be the grandfather of Dewayne “The Rock” Johnson. Billy takes you through his time in professional wrestling and who he thought was a tough real wrestler and who wasn’t. Billy also had the opportunity to train legendary students here in America, including Ric Flair, Ken Patera, and the Iron Sheik to name a few.

Billy gives his thoughts on the showmanship of current professional wrestling, the current mixed martial arts fighters, and the fear that the techniques he holds sacred will be forgotten.  “Physical Chess” is how he describes Catch-As-Catch-Can Wrestling, but in Billy’s life physical chess is what molded him into the person that he is today. It taught him humility, toughness, and respect.

In this book Billy Robinson takes the opportunity to set the record straight on a number of subjects, but it is much more than that. It is an opportunity to learn about a legend not only in professional wrestling internationally but in mixed martial arts as well. It is history lesson about how life and times have changed throughout the years. The most important thing is it will not allow the people that were important to Billy to fade away, the names will always be memorialized in this book for all to read.

I would recommend this book to anyone who was interested in learning about the early days of Catch-As-Catch-Can Wrestling. The Snake Pit’s effect on Pro Wrestling and MMA is still seen today. I would consider this book only an introduction, though, as Billy Robinson hits the wavetops and doesn’t go into great detail on his experiences.

Alexander Goff was born in Spartanburg SC in 1984. From the time he developed memories they involved pro wrestling. He watched pro wrestling from all over this country and the entire world, but ECW in 1996 sticks out as his favorite of all time. He follows MMA as well. He served eight years in the United States Marine Corps and now works with the military in Fallon, Nevada.  He also cohosts OWW’s weekly radio program.