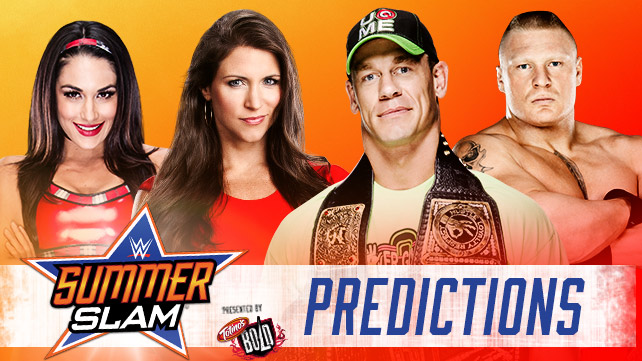 It’s almost here! SummerSlam, one of the most widely anticipated events of the year, takes over Los Angeles and WWE Network Sunday, and The Biggest Party of the Summer surely isn’t lacking the big-fight feel.

Heck, the main event is nothing short of The Biggest Fight of the Summer! Yet more important than that, the question remains: Who’s going to come out on top? Will Cena or Brock be the WWE World Heavyweight Champion when the dust clears, and what about the rest of this Sunday’s stacked card? Who’s stopping by the pay window, and who’s going to want to erase SummerSlam from memory?

Find out who WWE Hall of Famer Howard Finkel, extreme icon Joey Styles and the editors at WWE.com picked to win in these SummerSlam predictions, and add your own in the comments section here!