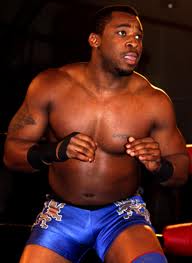 First off, for people who may not know who Kenny King is, let me introduce him to you briefly. King appeared on the second season of Tough Enough but didn’t win a contract. He would then go on to work for TNA in 2005-2006 but only worked as a jobber for the promotion. However, it didn’t take long for King to make a name for himself.

King started working for Ring of Honor in September 2007 but wouldn’t make a splash in the company until November 2008 when he formed an alliance with Rhett Titus. They would team for several months but wouldn’t get a big time push until they aligned themselves with Austin Aries. Yep, the same Austin Aries currently in TNA and the man King had a brief exchange with on Impact this week.

Aries would leave ROH in October 2010 leaving Kenny King and Rhett Titus alone in the promotion. That didn’t slow King and Titus down, though. They would go on to have quality tag team matches with the Briscoe Brothers, Kings of Wrestling and Wrestling’s Greatest Tag Team. On June 24th, 2012 King and Titus would win the ROH World Tag Team Championships.

That’s where everything begins to change. King’s contract apparently expired the day he won the titles with Titus, but he reached a verbal agreement with ROH to test the interest from other independent companies. Part of the agreement was that King wouldn’t be allowed to actually wrestle for the companies.

July 5th, 2012 Kenny King breaches the agreement and wrestles on TNA Impact and wins. King is now going to be appearing on pay per view for the second biggest wrestling promotion in the world. So, lets think this one through.

King was very successful in Ring of Honor. He had a good position as the tag team champion and would have to be considered the future of ROH considering his age. Who knows, maybe one day he could have been the ROH World Champion.

Now, as he enters TNA there is no sign that he is going to actually be signed. He should be since he is a very good performer and an excellent talker. I mean, he was the only guy to cut a promo after his match that didn’t stutter over his words or come across like he was lost. He knew what he had to say and he said it all with conviction.

Is it a bad decision for Kenny King to burn a bridge with ROH? Maybe. But, there are rumors going around that Ring of Honor may not have a long time to stay afloat (I doubt it’s true). But, can you pass up the chance to advance your career? Yeah, ROH has television but it is on at different times and in different markets. TNA’s television is on at the same time every week. King is could be working with some of the most profitable guys in the business and could learn more than what he could ever learn in ROH.

The only thing to think about is that King may be trapped in the X-Division. Yeah, Austin Aries is breaking that ceiling and is making it a possibility for more X-Division guys to make that leap. Of course, not everyone of them is like Aries, but Kenny King is very close to Aries. They both talk and King is getting better and better in the ring. Kenny King is a star and TNA has him right now. They either have to snatch him up or they already have. All I know is this, they can’t let King get away.

What are your opinions on Kenny King’s jump to TNA? Can he be successful or will he fail? Feel free to share your thoughts!