The Diva Chronicles – “Turning the Page” 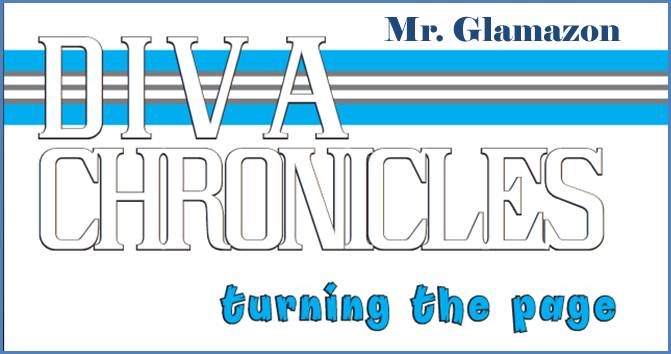 Right at the start of the year Eve Torres announced she was leaving WWE to pursue other interests.  My first reaction was “wow, another Diva is leaving the company.  The exodus continues!”

Overall I thought 2012 was a good year for the WWE, but sadly the Divas division continued to lose their top stars.  First the Bella Twins.  Then Kharma.  Then Kelly Kelly.  Then Beth Phoenix.  And now Eve.  I’ve written about this before, but the number of Divas that have left the company in the past two years is stunning.

Of course, the one that hit me the hardest was Beth Phoenix.  When I first heard the news I couldn’t believe it.  From everything I’ve read becoming a WWE Diva was her absolute dream, and now that she was a fixture in the division, I was shocked that she was walking away.

I just didn’t understand “why”.

After the initial shock wore off I realized I am really happy for Beth.  She’s walking away on her own terms.  How many athletes get to do that?  Most hang on until they are too old or seriously injured to compete.  As a fan that is hard to watch.

I follow Beth on Twitter so I have been reading her updates and she seems to be enjoying her new freedom, her new lifestyle.  After all the years on the road, in the gym, and in the ring, she’s definitely earned the right to catch her breath and enjoy her family and friends.

It’s funny how we want wrestlers to keep performing for us even when we know about the pressures of this lifestyle.  We become somewhat selfish in this regard.  But when I hear that Beth is happy and, most importantly healthy, ultimately that is very satisfying.

Plus, I’ll always have the memories.

I’ve been a wrestling fan since 1985 and I’ve only truly loved a handful of performer: the Hart Foundation, Randy Savage, Miss Elizabeth, and Beth Phoenix.  That’s it.  It’s a short list.  To me Beth was the perfect blend of power, beauty, and talent.  She’s been a pleasure to watch.

Over the years I have been fortunate enough to meet her several times (WWE magazine actually published a photo of us in 2010), and each time she was pure class.  I was front row when she won her final WWE women’s championship at Extreme Rules 2010.  It was a magical night.

Each week I looked forward to seeing her on television, but now that is gone and I’ll definitely miss that anticipation.

Sometimes I wonder if Beth will ever decide to come back.  I understand that she left the WWE on good terms.  But I only want her to come back if she is used correctly.  Honestly, I started to grow tired of the way she was being booked.  Maybe she got tired of this too.  Or maybe she just wants to try something else.

This is the last time I’ll write about the Glamazon (unless she comes back), but she had such a big impact on me that I thought her retirement deserved a few words.  So, thank you Beth, one last time, for all the inspiration and excitement over the years.

From now on I will focus on the current Divas.  It’s time to look forward, not backward.  There are still some good girls in this company.  Natalya.  Layla.  Tamina.  And Kaitlyn, the new Divas champion.  Congratulations to her on winning the title!

This article appears in the recent edition of HONOUR magazine: