Home / Behind the Scenes / The Drunken, Bloody Pro Wrestling of Hoodslam Isn’t for Kids

The Drunken, Bloody Pro Wrestling of Hoodslam Isn’t for Kids

By OWW Contributor on December 6, 2015@owwcom 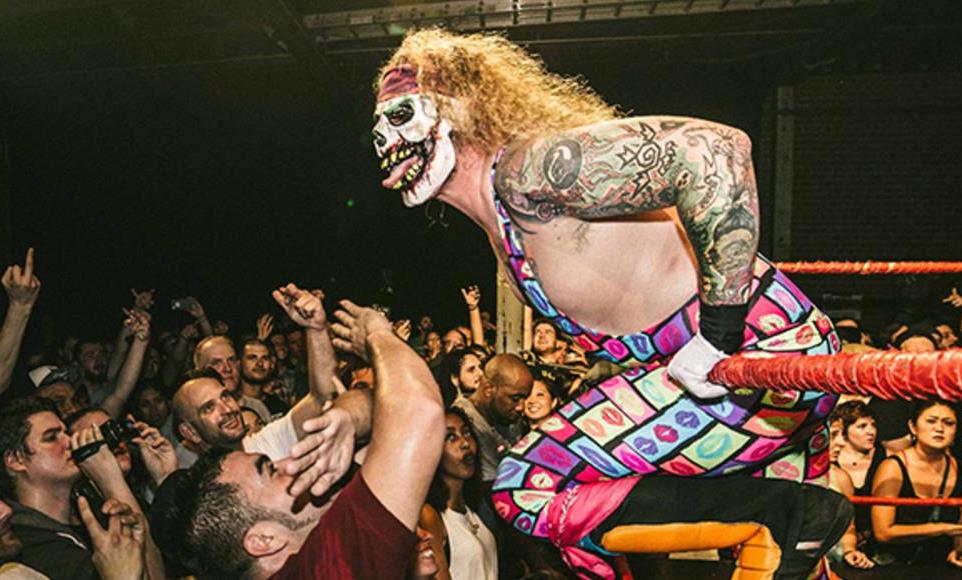 The Victory Warehouse is a grungy white building in a poor part of West Oakland, California. There are always a few cars parked in the concrete yard and dogs and cats circling some beat-up furniture by the front door. From the outside, it’s unimpressive and sparse. Inside, it’s every teenage boy’s dream. To the left of the entrance are three couches set up around an old TV with a NES, a Sega Genesis, and a Super Nintendo. To the right are two old-school arcade games rigged so you can play all you want for free. Right in front, dead center, is a wrestling ring.

Five years ago, Sam Khandaghabadi, an East Bay-raised wrestler of Persian descent, had some friends living in the warehouse. At the time, he was wrestling on the independent circuit as the Sheik, but had never found an event that was quite right. He knew if he had his own show he could make wrestling fun again. His friends at the Victory Warehouse threw underground metal concerts once a month and said if he ever wanted to wrestle there he just had to get a ring. Khandaghabadi rented a truck and brought one to the warehouse in pieces from across town. “I had the venue,” he said, “and I had the ring.”

Obviously, there’s a stigma around professional wrestling–it’s seen as lowbrow entertainment, soap opera for the trailer park crowd. But the people who sneer at it tend to dismiss it in broad strokes, like, “It’s fake.” Well, duh. It’s only once you remove the facade of reality that you can truly start to appreciate the real athleticism and showmanship of the product. Once you come at it as theater instead of sport, it’s hard not to be entertained.