By OWW Contributor on December 7, 2015@owwcom 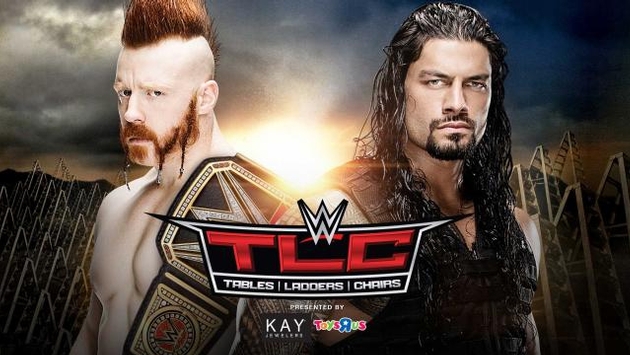 When WWE invades Boston for the 2015 edition of the “TLC: Tables Ladder and Chairs” pay-per-view, travelers making their way to Boston will be able to soak in the rich wrestling history in the city.

TLC takes place on Sunday, Dec. 13 from the TD Garden, and will be headlined by the WWE World Heavyweight Championship match between defending champion Sheamus and No. 1 contender Roman Reigns.

Add in several other marquee bouts like Kevin Owens vs. Dean Ambrose for the Intercontinental Championship and a triple threat tag team title match, and wrestling fans who can make their way to Boston for a short vacation should do so.

For fans of Ring of Honor, there are several stops you can make on your wrestling tour of the city. First, Roxbury Community College was the host of ROH’s Death Before Dishonor V: Night One in 2007 that featured the Briscoe Brothers squaring off against Kevin Steen (now Kevin Owens) and El Generico (now Sami Zayn) in a Boston Street Fight.

The company also held its Second Anniversary Show at the National Guard Armory in Braintree, Massachusetts, which featured a Pure Wrestling Championship match between A.J. Styles and CM Punk. Both sites are within an Uber ride of downtown Boston, so the trip would be well worth it for independent wrestling fans.

Just outside Boston is Lowell, Massachusetts, which also has a rich wrestling history. In 2007, the Tsongas Arena hosted TNA’s Lockdown 2008, which featured an incredible headlining match between Kurt Angle and Samoa Joe.

Once tourists have visited many of the non-WWE venues and sites around the city, it’s time to enjoy a dinner of local cuisine and enjoy the best entertainment Boston has to offer. For a great meal, look no further than Sam LaGrassa’s.

Ranked No. 1 on the places to eat list by TripAdvisor, Sam LaGrassa’s is a sandwich shop that has perfected everything from pastrami and corned beef to chicken parmigiana. With affordable prices and a great Boston atmosphere, this is the authentic meal wrestling fans will be looking for downtown.

For those trying to enjoy the nightlife in the city after dinner, head over to Lansdowne Street near Kenmore Square to enjoy the many bars and clubs the area has to offer. From House of Blues Boston to the Lucky Strike bowling alley to the Bleacher Bar at historic Fenway Park, there is something for everyone during a night of drinking and exploring.