Home / Merchandise / “There Were No Foam Pillows” By Tommy Dreamer

“There Were No Foam Pillows” By Tommy Dreamer 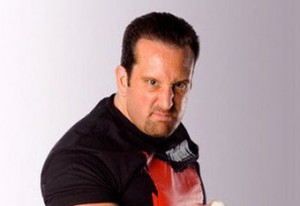 This week, I opened the doors to my own professional wrestling school.

While driving there, I experienced something I haven’t felt in a long time, nerves. It was more of a nervousness associated with anticipation. It was a good feeling — the kind you got when you wanted to go to bed on Christmas Eve and couldn’t wait to see what Santa Claus was going to bring you.

It was a great one-hour drive to my school. I wondered how many students I would have; who would be the first to have their debut match, those kinds of thoughts.

It all made me flash back to my first day of wrestling school all those years ago.

My late dad and I drove from our family home in Yonkers, N.Y., to Brooklyn. It wasn’t a great distance, but with New York traffic it took about an hour and 15 minutes. Dad was going to visit his parents and he wanted to see the school and meet my trainer. He listened to talk radio the entire way, which I always hated. It was 1010 News, a station in New York that repeatedly updates traffic and weather and the news of the day. Its slogan was “You give us 22 minutes and we will give you the world.” Traffic reports, sports, current time, weather … ugh. It is still in my head today so I guess its advertisements worked.

We talked about a lot of things — none that I remember, but I do vividly remember the thoughts going through my head during that drive.

• “What was I getting myself into?”

• “What do I have to do? I totally already know how to wrestle, having seen millions of matches on TV already”

• “My character was going to be a Ravishing Rick Rude-type because I was so good looking and got a lot of women so I would start as a bad guy.”

• “I will probably be in the WWF in about six months and be wrestling in Madison Square Garden, facing Hulk Hogan, soon.”

• “Then I will leave WWF become a good guy go to World Championship Wrestling and tag with Dusty Rhodes and Sting for a bit.”

Ah, the delusions of grandure. How they rolled through my head that day.

When I walked up the steps to the famous Gleason’s Gym in Brooklyn, N.Y., the expression “you’re not in Kansas anymore” never rang more true.

First, I realized I wasn’t the best shaped guy there. The gym stunk of sweat; it was the summer of 1989, there was no air conditioning and the place boasted four boxing rings. I saw men sparring, shadow-boxing , training for the National Golden Gloves competition or some other profesional boxing match.

I swear everyone was looking at me — in those days this young pretty boy. I’m pretty sure this is why I never committed a crime — this walk into a whole other world. I felt like the new meat and I was going to be tested. I imagined it was exactly what jail would be like.

I spotted my trainer, WWE Hall of Famer Johnny Rodz. I had met him the week before, during which time he gave me his card and told me to meet him. That day, he acted like he remembered me, but I don’t think he did. We went into his office he talked to me and my dad. I signed a release and handed him $3,000. I’m fairly certain that if anyone had known I had that much money on me, I surely would have been tested.

I was the only person at Gleason’s who was there for wrestling training. I changed my clothes in the locker-room. Johnny told me I could get into the ring. I immediately noticed how hard it — certainly nothing like what I saw on TV. Johnny told me I could feel the mat. This, too, had no bounce to it. It was no trampoline, that was for damned sure.

I tried peeking under the mat to see the foam pillows that I thought existed under that canvas. As some of the guys started trickling, I introduced myself and shook their hands as if I was trying to break them to show how just how strong and tough I was. I was also sticking out my chest and spreading out my lats like I was on stage attempting to show how big I was. Man I must have looked like such an idiot.

Johnny told me to get out of the ring and watch the other guys work out. My dad said he was leaving and would pick me up seven hours later. I figured by the time he came back, I would be leaping off the top rope like WWE Hall of Famer Jimmy Snuka.

He motioned as if he was going to either hug or kiss me goodbye and I shot him a look like ‘Dad, don’t you dare embarrass me here.’ He laughed and left.

I proceeded to climb into that ring and tear apart every single person that came into my ring. Well, that’s what I wished had happened.

Instead, Dad left and I stood or sat there for the next seven hours. In fact, nothing happened. I just watched. Everyone else left and Johnny got in the ring and ordered me inside. I entered. He asked if I had watched, to which I answered that I had.

“And you watch wrestling on TV right,” he asked. I said yes.

“You want to be a wrestler?”

“HELL YEAH, old man!” and hitting him with my top rope splash is what I wanted to do. Instead, I said yes sir.

He then instructed me to bump. I said “excuse me?” He said “Bump. You know, bump … fall down.”

I lept into the air and landed as perfectly as you might see the likes of Randy Orton or Dolph Ziggler do every week these days.

No, no I didn’t. That’s what I wished had happened. Instead, it probably looked like I was in the men’s room in the middle of the ring, sitting on an invisible toilet until I landed on my butt.

Johnny smiled and ordered me to get up and do it again. This time it was even worse. Again he told me to get up. He told me to watch him. He talked to me, never breaking eye contact, and fell with speed and a thunderous noise as he hit the canvas.

He popped right up and ordered me to do it. I tried my men’s room bump technique again and it hurt a lot more. He told me I hadn’t learned anything, before telling me he would see me the next day. “Get dressed, your dad is going to be here,” he said.

That day, I realized wrestling was much, much more difficult than I ever imagined. Many gruelling days turned into gruelling months. I wanted to quit many times because I never thought I would make it or that the bruises on my body would ever go away.

I never got to wrestle Hulk Hogan. I did wrestle many times at MSG, I did tag with Dusty Rhodes and got to wrestle Sting in a Battle Royal. Everyone’s journey is different and this is just an account of my first day of living my dream.

I am now training 10 men whom I hope get to live their dreams. But the drive and nervous anticipation solidified one thing: no matter what, I am still a fan and I love the wrestling buisness.

That day my Dad drove me to my first training session, I truly had no clue what I was getting myself into. But I am damned glad I did.

Tommy Dreamer is a legendary and influential pro wrestler and a father and husband who has worked for World Wrestling Entertainment, Extreme Championship Wrestling and Total Nonstop Action. Follow him on Twitter — @THETOMMYDREAMER — and check out his website at www.thetommydreamer.com.