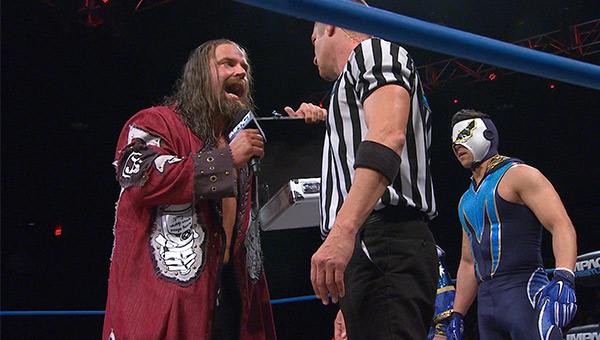 TNA crowned new world tag team champions on Wednesday’s edition of IMPACT Wrestling.  James Storm opened the show by telling the referee in the ring that this Feast or Fired briefcase gives him an opportunity to fight for the Tag Team Championship with any partner, any time he wants. James Storm chose Abyss, and they defeated reigning champions the Wolves.

Also, Samoa Joe vacated the TNA X Division championship because he is not medically clear to compete for a while.