TNA/Spike TV done after this week? 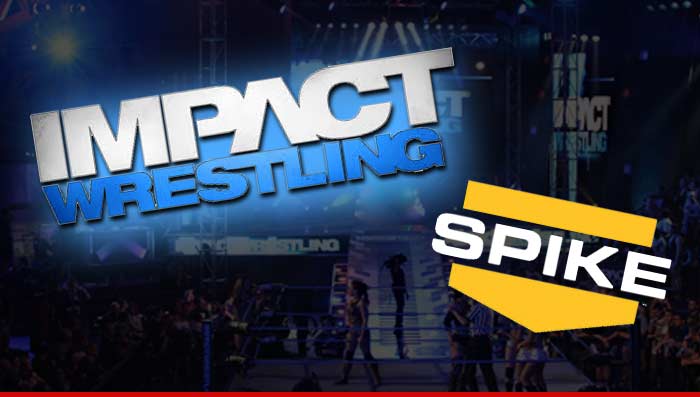 We can confirm that we have been told by a few TNA sources that the company is indeed done with Spike TV and is expected to begin airing on a new partner in January of 2015. For those asking why so many people from within the company were tweeting about Spike and Bellator last night, we have been told that TNA and Spike are not having an acrimonious break up. TNA will still have a connection with Spike through Bobby Lashley and at this point, the December episodes of Impact are still scheduled to air on Spike at this time. Unlike when Spike cut off negotiations with WWE years ago, costing them money in their TV deal with USA as their leverage was taken away, this situation is said to be the opposite.

The new TV deal is said to be extremely close to completed, if it’s not already. We have heard from numerous sources that it will be a multi-year deal, which means TNA will have at least two more years on the air. It should be noted that many have speculated that the company was going to die at the end of the year, as some felt that they wouldn’t be able to find a new home for Impact. Barring and unforeseen development, that will not be the case. TNA will live on.

All signs point to it getting done in the next week, as Dixie Carter tweeted last week that they would announce a deal soon. We have been told that it will air on a smaller, lesser known network. While no one will confirm where the show will end up, there has been a lot of talk that it will end up on Destination America, which is owned by Discovery Communications (you can see if you have access to the channel by clicking here). It is available in a little more than half of the country, though speaking personally it is not currently available on the plan I have with Cox. I will have to pay to add it here in Las Vegas.

All signs point to the fact that the new deal will bring in less money than the old one did, at least at the start. However, with the new deal the company will have more opportunities in other areas. They will reportedly be able to have more programming on the network than just Impact and they will be the bellwether brand for the new partner, putting them in a position where they will be a top priority for the new network. They will be in a position to potentially help grow a network. Even if they can’t, once the deal is signed they will have at least two more years to “start again” and that will be their plan once they start doing new shows in January.