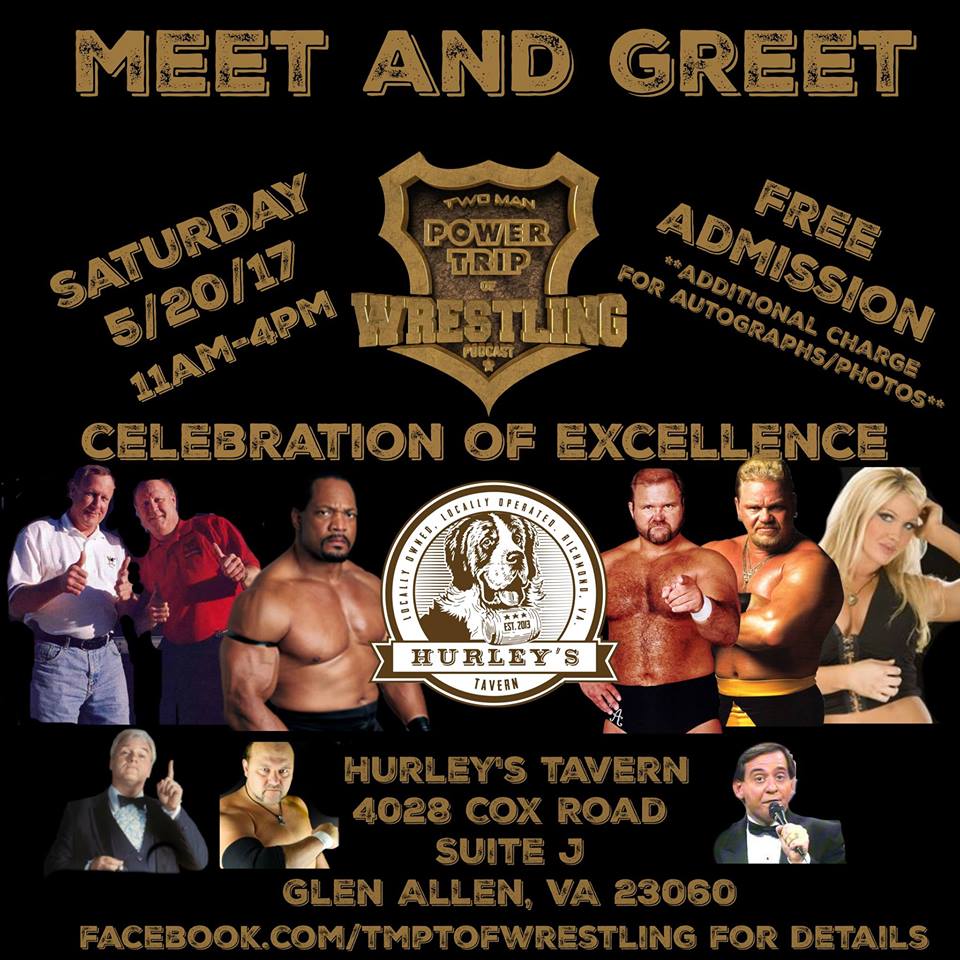 The wrestling convention previously known as “The Expo” that was to take place at the Richmond Convention Center on May 20, 2017 may be cancelled, but that does not mean the great fans and supporters in the Richmond area will be left in the dark. The Two Man Power Trip of Wrestling have secured a venue to host a day of meet and greets with some of the talent scheduled to be at “The Expo”. Happily we announce that now on Saturday May 20, 2017 from 11am to 4pm at Hurley’s Tavern (Located at 4028 Cox Road Suite J Glen Allen, VA 23060) a mere 15 minuets from the original Expo location you will get the opportunity to share some of those wonderful memories of Mid Atlantic Wrestling in the Richmond area with legends and superstars of pro wrestling. We will not let this Expo cancellation prevent what was to be a phenomenal weekend from happening.

Talent that will be appearing:

More guests will be announced shortly. For up to date news and if you have any questions please message us at The Two Man Power Trip of Wrestling Facebook page (www.facebook.com/tmptofwrestling)