Everyone that saw Wrestlemania 26, saw the atrocity that was Bret Hart against Vince McMahon. It may have been one of the worst matches I have seen in recent memory. Then again, it is EXACTLY what I expected. I expected it to be terrible and it was so I can’t say that I was let down. 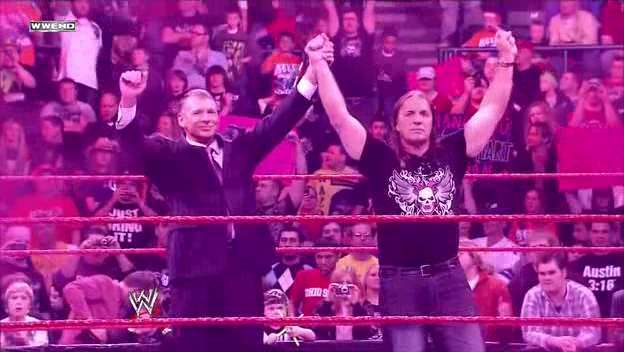 One thing people may not realize is that despite what you saw on TV, Vince McMahon defeated Bret Hart.
You may be saying “wait what!” or “Jim Boy Star, obviously you did not watch Wrestlemania 26”. For your information, I did watch Wrestlemania 26 over a friend’s house and was very happy I was not the one shilling out $55 for that event.
It has always been said that if Vince wants to bury you that he can. Most people will reference the top WCW wrestlers, after the WCW buyout, not looking as strong as they did in WCW. The N.W.O., Goldberg, and Booker T come to mind but there are more people you can name. If you are not homegrown, it seems Vince does not push you. It also seems if Vince has a grudge he would defrinitely get you back in the end.
Bret Hart is homegrown, but Vince has been trying to get him back in WWE. I have always felt Vince wanted to get the last laugh and this year he got his last laugh on Bret Hart. However, this is all not Vince’s fault. Bret Hart had to sign a contract and show up. It was the only way for him to go back on everything he’s ever said until January 4th.
Let’s take a look at what was gained on Bret Hart’s side for returning to WWE. This should be easy.
NOTHING!
Now, let’s take a look at what Vince McMahon gained.
Proved Bret Hart is not a draw: It will always be argued if Bret Hart was a draw in the 90’s. When Bret Hart returned on January 4th it was met to a good reaction but not a great reaction. It was thought bringing in Bret Hart was a way to counter TNA’s first show. The fact of the matter is WWE did the same number they always did that night while TNA gained an audience. It has been proven on his return that Bret Hart did not draw. People estimated that WWE would do over a 4 in the ratings due to Bret Hart but that did not happen.
Proved Bret Hart has been forgotten: New fans from this era of pro wrestling do not know Bret Hart. WWE did a good job in trying to teach them of Hart, but when push came to shove, Shawn Michaels got the bigger pop than Hart simply cause Shawn has been around. Michaels has always been Vince’s “golden boy” so this was another victory for McMahon.
Bret’s Legacy Destroyed: When all is said and done, Bret Hart will be remembered for his terrible Wrestlemania 26 by most current pro wrestling fans. In the weeks leading to the match, we will remember him as the wrestler that had trouble moving and bad mic work. Ultimately, he will be remembered as yet another washed up wrestler that had a match when he had no business doing it.
Some may argue that Bret gained Stu Hart being in the Hall of Fame (as much of a joke that is) and the Hart and Soul DVD. I would disagree with you One of the reasons, I feel, that Peter Maivia and Rocky Johnson, was simply to get The Rock back on WWE television. I have no doubt, if Bret Hart had not signed to come back, that Stu would get in the WWE HOF to try to get Bret back on WWE TV. If that didn’t work, then they would have the DVD made so they could Bret to be on their DVD.
I would be okay with that, as Bret would still be able to say he held his head up high and not appeared on Raw or Smackdown. But instead, he sealed his faith by walking out to the ring on Raw.
One other thing to think about in regards to Bret Hart’s return and how badly it was handled. Did anyone realize since his return, he has not been in Madison Square Garden or even Canada. That in itself shows how horribly done his return was.
Sunset Flip Wrestling Show returned this week with “The Adventures of Jack Swagger” segment. You can check out the latest show at sunsetflipwrestling.podomatic.com