Vince Russo Should Apologize to Wrestlers and Wrestling Fans 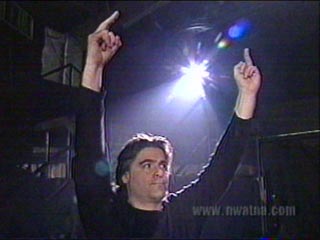 When you are the owner of a wrestling organization or the head of a wrestling creative team, the last thing you would ever want to do is mock the sport that made you and the sport that your athletic co-workers respect. Then what on Earth was Vince Russo thinking when he stated that fans do not want to see extra minutes of “fake wrestling”?

But wait a minute…I have to be fair. Russo did indeed apologize to fans (although it mostly had to due with an angry Taz forcing him to) and said the following:

Okay, so first you mock wrestling as a fake sport but now you are saying that there is nothing fake about being away from your family and friends, reaching the apex or nadir of your career or not knowing what to do next with wrestling. Of course, Vince Russo did not take into consideration into apologizing the same people whose main reason to watch his product is to see some athletic moves or highspots.

But then the best part came with the following statement that he made:

You say your responsibility to make wrestling all things to all people. What you do not understand Russo is that one of the main reasons fans watch your shows is not just because of your ridiculous storylines or sleazy soap opera antics but because of WRESTLING itself. They want to see athletes wrestle each other and provide great matches in the ring. Some fans are ACTUAL wrestling fans, not a bunch of people who enjoy the special ed tripe that you and your friends are dishing out. As a booker, you have to appease all categories of fans: fans that love wrestling, fans that like storylines or fans that like both things. If you think that rejecting one category of fans (wrestling fans) for the sake of another (entertainment fans) is going to make your product successful, then it is little wonder why nobody in the industry respects you.

It is selfish for a guy like Russo to put down a category of fans that are passionate and love this sport; it is even more appalling that he would even dare to call wrestling “fake” and his product a “fake wrestling program”, which is like a slap in the face to wrestlers who are equally passionate and love this sport. You think some wrestlers come to work to become cartoon characters? No. They come to work because they love to wrestle, they love to show fans something that they had never seen before in other organizations. I seriously doubt that the main reason guys like A.J. Styles, Eric Young and Samoa Joe wrestle is to satisfy the amusement of a guy whose firm belief is that pinatas on the pole and 70’s guys matter more than a wrestling move.

Vince Russo should apologize for such comments. He owes not only wrestling fans an apology but the wrestlers as well for stupidly devaluing a sport that they love and mocking a fanbase that are the sole reasons why organizations like TNA exists…and why Vince Russo somehow has a job in the first place.

This is Joe L. See ya later.