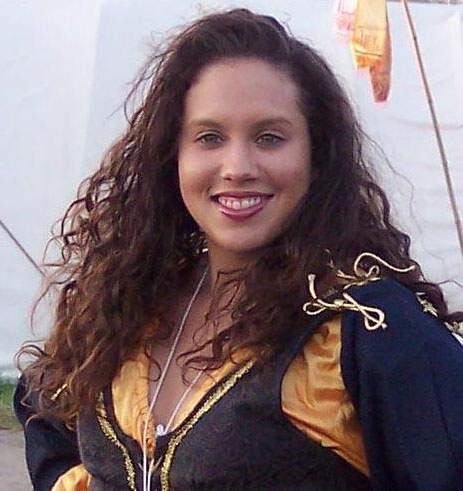 From Lake Hiawatha, NJ in front of 90+

Amy Lee destroyed Rick Cataldo & Vinny G after several chair shots. Amy Lee made it known that Luna Vachon was attacked before the show and questioned everyone on the roster about who attackd Luna. Cataldo & Vin G. didn’t give her a clear answer so Amy pummeled them.

Della’Morte d. Jana after misting her with red blood

Cindy Rogers vs Alexa Thatcher went to a 10 minute draw. The crowd asked for 5 more minutes. The two went to another draw, with the crowd wanting more. A challenge was made between the two for the next show, where they’d take on each other in a no-time limit match. I was told this was the best technical womens wrestling match in WSU history, although I did not see the entire match myself.

In a Missy Hyatt Manor segment, Missy introduced Angel Orsini aka Riptide aka Prodigette. Rick Cataldo interrupted only to get beat down by Angel. Amy Lee came out to question Angel about Luna. Angel said she did not attack Luna. Amy talked about the history between themselves. Amy said she’d love to hook up with Angel one more time and be Angel’s first WSU match. A match was made for the next show between Angel & Amy. Mercedes Martinez then came out to address the crowd to talk about her injury and talked about when she planned on coming back.

For the WSU Womens Championship

Alicia handcuffed Becky to the ring ropes and choked her till Becky passed out.

After the bell, Alicia went to put the finishing touches on Becky for good, except that Tammy “Sunny” Sytch ran out. Sytch talked about Alicia’s devious ways in regards to how Alicia has acted as champion. Alicia wanted to wrestle Tammy but Tammy said she didn’t have a wrestlers contract. Alicia then went to attack Tammy only for Christy Hemme to run out before Alicia could inflict harm. Hemme then challenged Alicia for a shot at the belt at the next show and Tammy offered her ref services for the bout.

Alere Little Feather, who was beaten up in this match, “Popeyed-Up” after finding a can of beer. Using the beer as her spinach, Alere tomahawked her way to victory.

Jana d. Della’Morte to even up the score

Cindy Rogers vs Alexa Thatcher went to another draw, when both wrestlers shoulders were counted down for three on the mat. As a result, the two have asked WSU management for a special stipulation match for the next event.

This was a wild match. Towards the end, after an Amy Lee DDT, the lights went out. “A bump in the night” was heard and when the lights came back on, Amy was laid out. Angel struggled and was able to put an arm over Amy Lee for the pinfall.

After the match, a mysterious wrestler entered the ring showing off her weapon of destruction. The wrestler, after hiding her identity wound up revealing herself as Mercedes Martinez. The crowd was pissed that Martinez turned heel. Angel teased that she was upset, only to join Mercedes in beating down Amy. Mercedes said the reason for her attack was because Amy Lee put her out on the shelf with her shoulder injury. Mercedes also alluded to the challenge Luna & Amy put out, about taking on any tag team, as Mercedes revealed herself as the person who attacked Luna Vachon before the show.

As Mercedes & Angel went to leave, Amy Lee got the mic and cut a profanity laced promo/challenge, setting up Mercedes/Angel vs Luna/Amy Lee at the next event.

For the WSU Title

After the match, Alicia showboated to the crowd, only to eat a huge Sunny Stunner from Tammy Sytch! The crowd exploded, while Alicia had to be helped to the back and was given a neckbrace from WSU EMTs. The show closed with Tammy & Hemme celebrating. Alicia may have won the battle, but she may have not won the war!

Afterwards, a special birthday greeting went out to Alicia’s mom, who seemed happy about Tammy stunning some sense into her daughter!

These two DVDs should be up for pre-order later on this week as we hope to have these DVDs produced soon. WSU also filmed another DVD, called “Welcome to WSU” with all the talents on the show. This DVD features all the girls answering questions about their careers, telling you who they are, answering some risque & shoot questions and more. If you want to find out more about the stars of WSU and how hard they really work, you will want to see this DVD as well.
WSU didn’t announce a return date yet.

We’ll have full WSU DVD information up here on the DOI soon. The WSU website should be updated later on today.