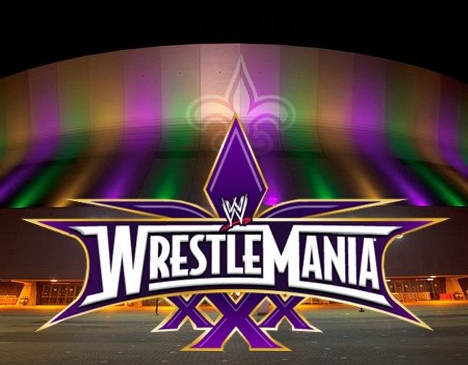 WWE  and New Orleans Mayor Mitch Landrieu announced today that WrestleMania 30 generated a record-breaking $142.2 million in economic impact for the New Orleans region this past April, according to a study conducted by the Enigma Research Corporation. This marks the third consecutive year that WrestleMania generated more than $100 million in economic impact for its host city.

Over the past seven years, WrestleMania has generated more than half a billion dollars in cumulative economic impact for the cities that have hosted the event.  WrestleMania 30 also generated approximately $24.3 million in federal, state and local taxes.

“On behalf of New Orleans, we thank all WWE fans that came from around the world to experience all that our beautiful city has to offer,” said New Orleans Mayor Mitch Landrieu.  “The week-long series of events helped generate a record-breaking boost to our economy, and we look forward to the possibility of New Orleans hosting a future WrestleMania.”

“We are thrilled that our historic milestone celebration delivered a record economic windfall for New Orleans,” said John P. Saboor, Executive Vice President of Special Events for WWE.  “Our heartfelt thanks go out to Mayor Landrieu, the New Orleans Saints, the Mercedes-Benz Superdome and so many other public and private sector partners from throughout the community that created an enormous welcome and experience for WWE’s worldwide fan base.  We now turn our attention to the journey ahead in Silicon Valley and the entire Bay Area for WrestleMania 31.”

A capacity crowd of 75,167 fans from all 50 states and 36 countries attended WWE’s pop-culture extravaganza this past April, making it the highest-grossing entertainment event at Mercedes-Benz Superdome.  Key highlights from the study include:

–       $142.2 million in direct, indirect and induced impact derived from spending by visitors to New Orleans for WrestleMania 30.

–       79% of fans that attended WrestleMania were from outside the greater New Orleans region and stayed an average of 3.7 nights.

–       $22.5 million was spent on hotels and accommodations within the New Orleans region.

–       The economic impact derived from WrestleMania Week was equal to the creation of 1,662 full-time jobs for the area.

Next year, WrestleMania 31 will take place Sunday, March 29 at Levi’s® Stadium in Santa Clara, CA.  Tickets go on sale Saturday, November 15 at 12 noon ET/9 AM PT.  The event will be broadcast on WWE Network and pay-per-view in more than 170 countries.