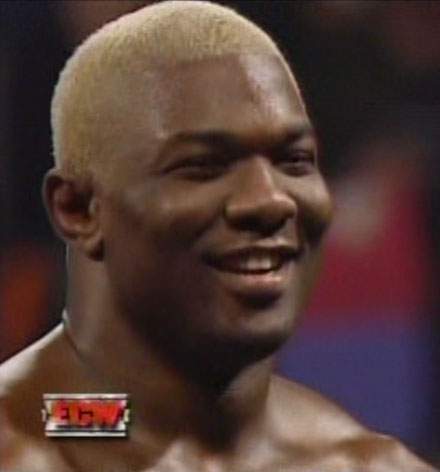 This week I’m going to go through the releases off WWE wrestlers and where I think they will wind up. To be honest, I would love it TNA did the same thing as WWE and released a group of wrestlers all at once. I have always said TNA needs to release at least 8 wrestlers because their roster is too large for one show.

Mickie James: Personally, I was thrilled to see two women make the cut list. The reason being is because there are way too many. Apparently, there are a bunch of idiots “threatening to riot” because Mickie is no longer with the company.  So let me get this straight. Terrible guest host concept is okay. Triple H constantly being on TV is okay. Illogical storylines are okay. But Mickie James being released is not? This goes to show how stupid the casual WWE fans are these days. Mickie will be doing a country album. I can definitely see her coming back to WWE after that project fails. I could also see her going to TNA, but I would give her a couple of years (maybe even months) and she will be back in WWE.
Shelton Benjamin: One of the best pure athletes in the WWE. He would always get a short push and then put back down. Unfortunately, he does not have great mic skills but that should not stop him from getting another job somewhere. I think he has the best chance of the group to go to TNA. Charlie Haas is also on the market and with Kurt Angle there, maybe we can see Team Angle Version 2. I would be excited about that.
Kung Fu Naki: Funaki has been in the WWE for a long time and he was one of the few wrestlers in WWE right now that have a real gimmick. I am saddened to see him go because of the reason I just mentioned. My guess is that he will do some matches in Japan and occasionally an indy show in the US. I do not see him going to TNA.
Jimmy Wang Yang: Much like Funaki, Yang had an actual character and one of the only ones that did in WWE. I would also go so far as to say, he will have the same fate as Fuanki. I cannot see him going to TNA. Although I can see him going to Ring of Honor and have a steady role at that promotion. Yang is a great wrestler and I think he would be a great addition to the ROH roster.

Slam Master J: He will be able to get booking for the mere fact of his father’s name. I can’t see TNA nor Ring of Honor picking up Slam Master J. I see him strictly as an on the road independent worker. I have a feeling you may not see much of Slam Master J anywhere after this release.

Katie Lea Burchill: If I were to make a list of top 5 wrestlers to be released from WWE, Katie Lea would make that list. She would have moved up the list once Paul Burchill was released. To me, she is absolutely useless. I did not think she was a great wrestler at all and was not even a good manager. To be honest, I am surprised that she did get released sooner. Out of everyone on the list, she is the one I agree with the most. I can’t see TNA picking her up and I hope Ring of Honor does not take her. There is a women’s promotion around my area called WSU (Women Superstars Uncensored). I could see her doing shows there but that’s about it. Then again, she could appear on my favorite pro wrestling show on the week Wrestlelicious. I think she should be a female version of Duke The Dumpster Dreose. I could even hear her singing.  “I’m Trashcan Kate. I think my job is great. I load up wrappers and bad fishes. Cause I’m Trashcan Kate and I’m Wrestlelicious”. Maybe this girl can be entertaining afterall.
Mike Knox- Most people, besides me, have probably been waiting on this release for awhile. I think Katie Lea was more expendable but I will admit that Mike Knox’s time has been up for awhile. For some reason, I could see Mike Know going to TNA. I have no reason why I think this.
As I said at the beginning of the column, I hope TNA follows suit and does some house cleaning of their own. In some ways, they need it more than WWE.
Listen to the latest episode of Sunset Flip Wrestling Show at sunsetflipwrestling.podomatic.com and have a great week.