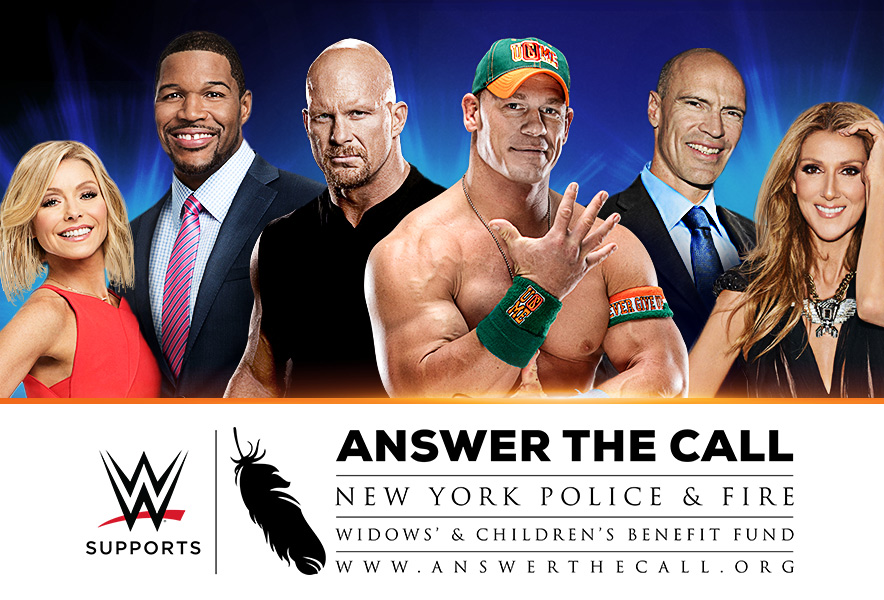 WWE is joining forces with Hollywood celebrities and professional athletes through a global online auction on Charitybuzz.com, featuring unique, once-in-a-lifetime experiences in support of “Answer The Call,” the New York Police and Fire Widows’ and Children’s Benefit Fund.

“We are thrilled to have WWE’s support as they ‘Answer the Call’ for the families of New York City’s fallen first responders,” said Mark Messier, Vice President of Community Affairs for the NY Police and Fire Widows’ and Children’s Benefit Fund. “Our partnership will ensure that we continue to provide a network of support and financial assistance for those who have lost a loved one in the line of duty.”

“WWE is committed to using the power of our brand to help improve the lives of families around the world,” said Stephanie McMahon, WWE Chief Brand Officer. “We are proud to support ‘Answer The Call’ and the families of the brave men and women who made the ultimate sacrifice to protect their city.”

For more information or to bid on the full list of auction items, visit www.Charitybuzz.com/WWE. Proceeds will provide assistance to the families of New York City Police Officers, Firefighters, Port Authority Police and EMS Personnel who have been killed in the line of duty.