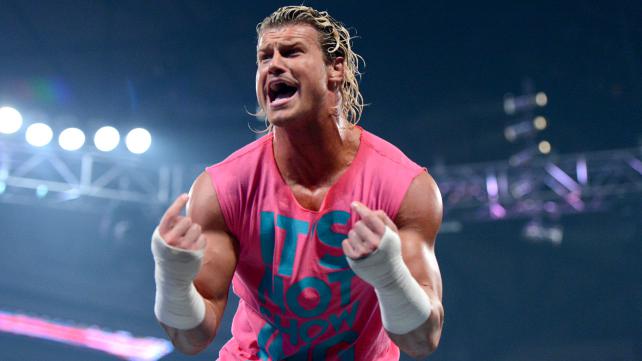 WWE superstar Dolph Ziggler can bodyslam an opponent in front of 75,000 screaming wrestling fans without breaking a sweat. But when he did his first stand-up gig in front of an audience of about 75, he was trembling like Ric Flair when he would (fake) beg for mercy.

“I was shaking so hard I was thinking to myself, ‘Please don’t drop the mic,’” Ziggler told the Track.

The two-time former World Heavyweight Champion brought his standup schtick to The Kowloon the other night, where he regaled fans with jokes about Tinder, traveling, dating, and Chipotle. Ziggler said he’s been into comedy even longer than he’s been into wrestling.

“When I was a kid, like 5 years old, I used to watch the Johnny Carson show with Don Rickles,” he said. “I loved the old ‘Saturday Night Live.’ I wrote jokes for almost 10 years before I got the courage to get up on stage and do five minutes.”