10 matches that deserved a sequel 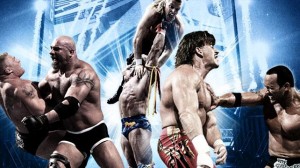 Hulk Hogan versus Andre the Giant. WCW versus The nWo. Sheamus versus Alberto Del Rio. In the pantheon of great sports-entertainment rivalries, new and old, matters are often settled through a series of epic battles. But sometimes, the game’s most legendary competitors cross paths on only one occasion.

WWE Classics dug up classic encounters that only took place once, but we wish they could have happened again under different circumstances. Here are 10 matches that deserved a sequel: