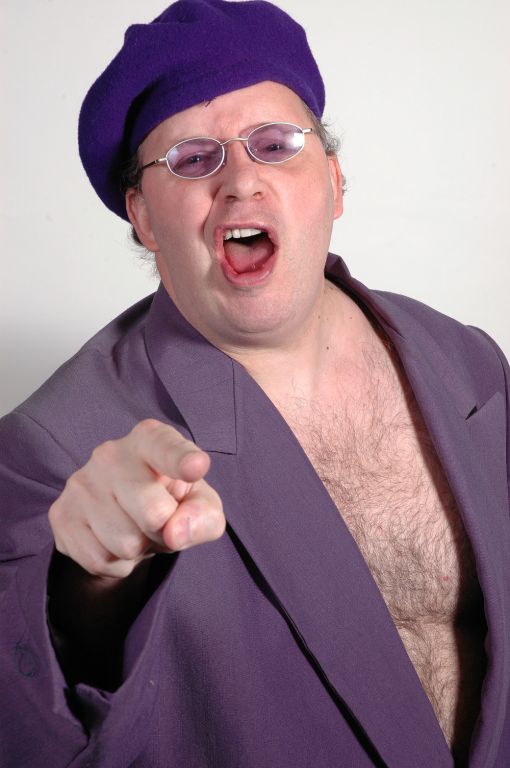 This month marks the first ever edition of “10 Questions with…”! The goal of the article is to let you, the ECWA fans, learn more about your favorite ECWA stars. We ask 10 questions about their professional wrestling career and there’ll be a little spice added in to make it even more interesting. So who did we choose first?

Question 1: Who or want inspired you to become a pro wrestler? *As submitted by ECWA fan Mary Hiday

Ooh La La: Who or what?….. It was ze mid 80’s when I was at ze Philadelphia Spectrum. And Swede Hanson after having his head thrown into the turnbuckle several times by S.D. Jones, it didn’t seem to faze him. Being the brave 13-14 year old, I shouted “No brain, no pain.” Next thing you know he turns, he looks. I thought he was staring right at me. I got scared. I thought he was gonna come out of ze ring and rip me from limb to limb because he started pointing. And that was ze exact moment I was hooked… I spoke and shouted and my voice was heard. I remember that like it was yesterday.

Question 2: When and who were you trained by?

Ooh La La: I first started out as a referee at the Monster Factory back when Buddy Rogers and Larry Sharpe were both there. Gentlemen like Raven, Tony Stetson, Bam Bam Bigelow, Mike Moore, and Randy ‘He Man’ Lewis were there. They were always training and I was trained as a referee. I learned how to referee and got licensed in ze state of New Jersey. I did a little bit of work but then I ended up leaving for a couple of years. I then drove out to Bridgeton, New Jersey one night. The main event that night was Heidi Lee Morgan vs. Wendi Richter for ze title. The women’s title inside a steel cage. It’s there I had ze pleasure of meeting Les Morgan…… actually my training was done in 2 parts. Les Morgan and Heidi Lee taught me to work along with Arty Palmer. They taught how to work a match and ze psychology of the match… to tell a story I continue to tell every time I’m in ze ring. And that was my training. I learned how to bump, learned how to fall, how to referee at the Monster Factory. But I learned how to truly work from Les Morgan and Heidi Lee. So my training was really done on two separate parts.

Question 3: What were the beginnings of the Meisure Ooh La La character itself?

Ooh La La: It began one night with Meisure Barry Casino. My introduction was at St. Mathews. We were promoting my first time out and I had a line of perfume called ‘Je ne peu peu’ and ‘Je ne pah pah’. The fans, we let them sample it. They ran away with what I thought was sheer glee but as it turned it wasn’t because it wasn’t quite the smell they were looking for. In fact, a lot of people were running to the bathroom to apparently scrub it off. But that is where ze Ooh La La began. Barry Casino introduced me to the ECWA fans in the early 90’s. I’m not exactly sure of the date.

Question 4: What is your favorite ECWA moment or match?

Ooh La La: There are two. My favorite contribution I think is when we did a benefit for a young lady named Kristy White. Her only dream was to be a ring announcer for just one match. And we were able to do that in Middletown, Delaware on a show. My favorite match? I don’t know. There are too many. I can’t really put them in any particular order. My matches with ze Cheetah Master. The scaffold match with JJ the ring crew guy. The Mid Atlantic title match when I won ze title vs. Mike Tartaglia. And one of the crowning achievements was ze Lifetime Achievement award. I did not see that one coming and I was truly humbled by that.

Question 5: Who do you think is the best wrestler in the ECWA currently?

Ooh La La: That’s a tough call. It’s a toss up between Kekoa, Papadon, and Ricky Reyes. Those are the three that come right to the top of my mind. They have to be some of the best we have out there right now. After that match we saw tonight with Kekoa-Papadon. It was just simply remarkable. Shame on those that didn’t show up to see it. That kind of moment will never happen again.

Question 6: What’s your favorite part of being apart of ECWA after all these years?

Ooh La La: Actually my favorite part is to be able to go out and entertain and make a difference. Whether I was a good guy or bad guy, letting the voice of the fans be heard. Zat is my favorite part. My job is to go out and give them something to remember that I’ve done. When they think back about the night and they see my name I hope they chuckle because I did something that entertained them.

Ooh La La: Well there was one night we were doing an awards ceremony and they didn’t tell me that there was a problem with the podium. I went up to present an award and I simply gently leaned against it and the podium collapsed right in front of me. It was quite ze mess. Then there was the time Mademoiselle Brandi Mankiewicz was making eyes at me. I thought ’Hey, talk to ze lady.’ And I leaned against the wall, not trying to look nervous. And I.. I fell through the wall. I was pretty embarrassing. It was pretty tough.

Question 8: What do you think is the difference between ECWA now and say 10 years ago?

Ooh La La: The talent of the roster has improved. But actually ten years ago was a different time in the business. Each part of the business has it’s time and you evolve and learn from it. You take parts of it along ze way and put it towards your future. You never let go of your past. So I don’t know if there is a true difference. What worked then was meant for then. What works now is what’s meant for now. The business has evolved since then and the ECWA evolved with it. So I can’t discredit someone from back then or now because each time period was unique.

Question 9: Tell us something no one knows about you– a talent, an event from your life, etc.

Ooh La La: (chuckles) Oh, I have gone through five levels of professional figure skating lessons. That is something people probably don’t know. If you think I’m lite footed in ze ring (laughs) you haven’t seen anything on ze ice. I think I could skate circles around the Flyers, they’re that bad.

Question 10: What advice would you give an aspiring pro wrestler?

Ooh La La: The advice I would give is it’s not about you. You are part of a bigger process. You need to leave your ego in the car. Listen and learn. The fans will tell you what they want. Listen to the fans. If you’re a bad guy and you hear someone shout out ‘You stink’ you best acknowledge that fan because once their voice matters you will matter. If you ignore them, you will lose them. Then they won’t have any interest in you. You’ve got to understand the fans are why you’re there. If you don’t acknowledge them, they won’t acknowledge you.

MUCH MORE TO BE ANNOUNCED!