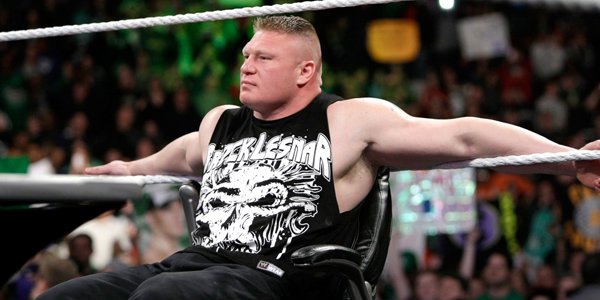 Brock Lesnar returned to WWE the night after WrestleMania 28 in 2012. Upon his arrival, he was immediately thrust into a feud with John Cena. Intrigue in WWE started to flourish and the momentum coming out of WrestleMania 28 was in full-swing.

“The Brock Lesnar Experiment” was off to the races. WWE knew that they could bring back The Rock on a part-time basis and fans would be interested. Would the same be said for Brock Lesnar?

The majority of wrestling fans didn’t know what was in store for Lesnar’s WWE run…and we really still don’t. He seems to come and go as he pleases and never sticks around long enough to make a difference. Brock has been put in position to be the one man to defeat The Undertaker at WrestleMania and even won the WWE Championship in the most dominant fashion of all time.

However, unlike other part-time WWE superstars, Chris Jericho & Rob Van Dam, Brock Lesnar is never around long enough to truly make his presence known. He doesn’t wrestle on Raw, Smackdown or house shows and seems to be held above other WWE superstars on the food chain.

10. Eight Years Away from WWE

In the world of professional wrestling, eight years is a very long time. The past has shown that eight years can change eras in WWE, and in this case, it has.

When Brock Lesnar returned to WWE in 2012, they were immersed in the “PG Era.” This era is something different from what Brock left in 2004.

While Lesnar was away, a brand new crop of WWE fans were brought into the fold, without a firm knowledge of who Brock Lesnar is and what he once meant to the product. In that eight years, Lesnar’s stock as a pro wrestler dropped significantly, as he wasn’t in front of pro wrestling fans on a week to week basis.

Although his stock as a mainstream, pay-per-view draw was at an all-time high due to huge buy rates while on top of the UFC, pro wrestling and MMA are two completely different breeds. Like all sports, some fans crossover to both realms of entertainment. However, there is a huge MMA fan base that looks down upon pro wrestling and they aren’t going to change their ways. Did WWE believe that Brock’s MMA fans would cross back over to WWE?

A majority of longtime wrestling fans were waiting patiently for a Brock Lesnar return to WWE, but newer fans couldn’t care less. There is no question that the eight years away from WWE has effected his longterm viability as a WWE superstar.