100 best matches to see before you die 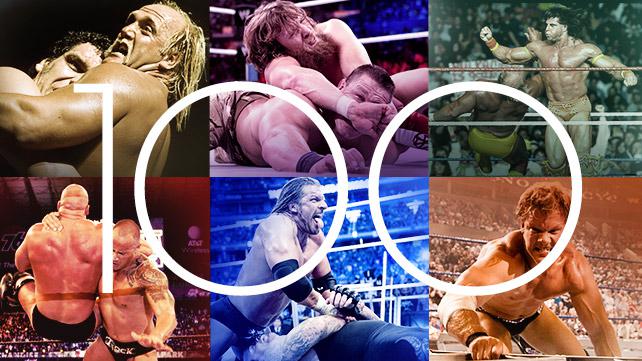 What are the best matches ever?

Who knows? We haven’t seen every single match ever. That’s damn near impossible, unless you’ve somehow been to every single mat contest since George Hackenschmidt won the World Title in 1905. What we have done, however, is watched every single match on WWE Network. From WrestleMania 30 to ECW Hardcore TV #97, we’ve reviewed everything available on WWE’s groundbreaking streaming platform, and done our very best to rank its greatest 100 matches.

Here now, an A-to-Z guide for both novices and longtime squared-circle diehards alike for what to watch. See them all and you’re pretty well-covered. It’s WWE.com’s biggest list ever, and the definitive guide to the 100 best matches available on WWE Network.