By OWW Contributor on September 9, 2014@owwcom 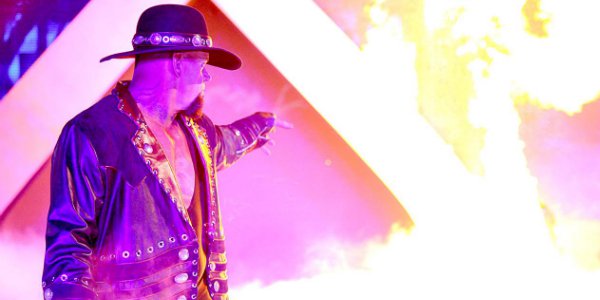 By David Bixenspan of http://whatculture.com:

As we’ve learned with the advent of DVD documentaries and WWE Network programming, WWE tapes a lot of things that go straight to the vault. There are the things you’d expect, like dark matches and various post-show segments, as well as all sorts of backstage footage. And if they’re taping something in the arena while the satellite feed is open, it could be intercepted by one of a few remaining consumers who have large satellite dishes that pick up whatever unencrypted signals are coming through the air.

In addition, changes in modern technology mean that we also have access to a lot more things that happened in front of live crowds but weren’t meant for TV viewers. As a result, a lot of dark matches, filler during commercial breaks, censored parts of promos, are in the wild that weren’t in the era where you needed to smuggle a camcorder into an arena.

This means that all sorts of things that were not meant for public viewing have shown up among collectors and eventually ended up online among the goldmine of wrestling material that’s on video sharing sites: Announcers talking off the air, the producers chiming in, rehearsals, weird off-air in-ring segments, and of course things cut out of pre-taped shows like women falling out of their tops.

There’s some crazy, awesome stuff that most of you probably haven’t seen before, so let’s get started.

This is a recent one. When CM Punk’s hiatus turned retirement was still fresh, “CM PUNK!” chants came and went a lot, instead of how it is now where we usually just hear them when his wife, A.J. Lee, is in the ring. In this case, the chants were going on during the break between the Superstars taping and the live Raw, when the announcers decided to crack some jokes about them:

John Layfield: “No, it doesn’t. Not a lot of determination to that chant.”

When the video first surfaced, speculation about Punk was running rampant, to the point it was considered suspicious that they didn’t pull it immediately as they have with other pre-show announcer banter videos. Obviously, there was nothing to that.

Check out the others here!

Related ItemsFeaturedwwe
← Previous Story Rosa Mendes talks about her audition for Diva Search
Next Story → UPDATE: Cause of death speculated as ex-WWE star passes away