12 Former WWE Divas “Where Are They Now?” 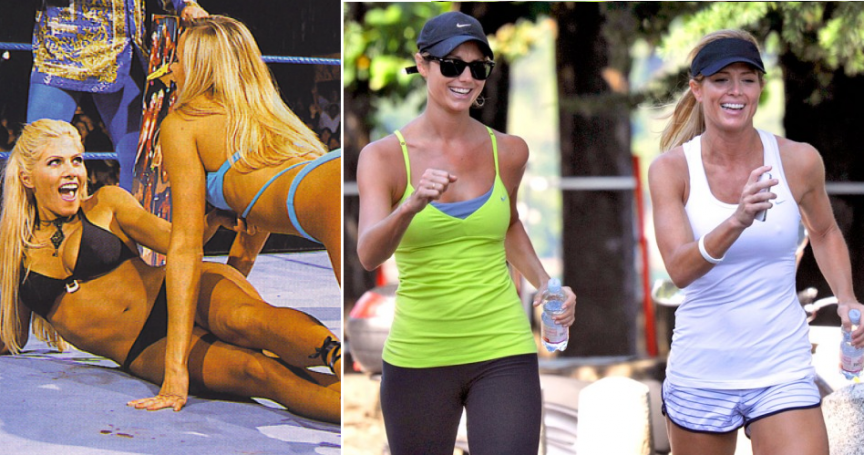 Oh the divas, it seems like every year there is a new set of divas in the WWE. One thing’s for certain, we can’t forget the contributions of passed divas in the WWE, that in fact put the “Divas Division” on the map. I can remember watching Trish evolve from a sexy manager of the tag team, “T&A” featuring Test and Albert, growing all the way to being one the most respected in-ring divas competitors of all time, truly remarkable to see such an evolution of one’s character throughout the years. So many other divas have made great contributions to women’s division as well. In this article, we will take a look at some of these former divas, and what they are up to today. You will probably be pleasantly surprised to see what some divas are up to today, with jobs ranging from acting, to owning a restaurant to still being in the business of wrestling. So without wasting any more time, let’s check out what 12 of our former favorite WWE divas are doing today, enjoy.

Who can forget Alundra Blayze, the former diva who pretty much ignited the Monday Night Wars by going to Nitro live and tossing the WWE Women’s title in the trash – a scene wrestling fans will never forget, and a scene that will live forever in wrestling history. After spending some time training women wrestlers in the WCW power plant, Blayze was ready to retire after WCW was bought out. Unexpectedly, Blayze received a phone call, asking her if she had an interest in monster trucks. Believe it or not, after some intensive training, Blayze would enroll as a full time driver, winning the “World Finals” in 2004 in the freestyle category, and winning in 2005 in the racing category. Blayze has done extremely well in this new line of work, so well in fact, that she got her own toy truck and video game character made. Aside from crushing people with her truck, you can also find Alundra as an owner of a grooming center and spa for pets, located in Florida where she resides. Due to her success with the pet spa, the former women’s champ also opened a doggy bakery. Pretty awesome to see what Debrah Miceli, aka Alundra Blayze, has been able to do since her retirement from wrestling.

Related Itemsdivaswwe
← Previous Story WWE fans forced to give up their seats?
Next Story → Kevin Nash to be inducted into WWE Hall of Fame