Home / WWE / 13 Things You Might Not Know About The Undertaker 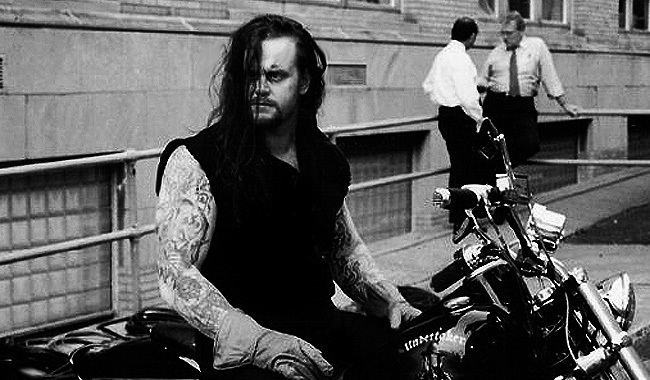 The final days of October are slipping away and Halloween is almost upon us, so what better time to swing open the gates of the prop graveyard for a stroll through the fake cobweb-coated career of The Phenom, the legend, The Undertaker.

While he’s never been the very top guy in any company he’s been in, The Undertaker has, year by year, built an enviable career that’s included seven world titles, a 21-match win streak at Wrestlemania and a whole hell of a lot of interesting behind-the-scenes stories. Ring the gong and cue the druids, here’s 13 facts you might not know about The Undertaker…

1) The Undertaker almost made it as a basketball player. The Undertaker may be tall, but he’s never been the most fluid, coordinated guy in the ring, and despite being a quarter Native American he comes off as pretty damn white, so it’s hard to imagine the guy as a professional basketball player, but there was a time it could have been in his future.

Taker as the biggest, and dorkiest, dude on his highschool basketball team.

Early on Taker’s career he split his time between pro wrestling and Texas college basketball and apparently, he was pretty good. Ultimately, Taker must have seen more potential in the world of wrestling or, perhaps more accurately, more potential for partying, which was a chief concern for much of Taker’s early career.

2) It took six tries before Undertaker landed on a winning character. When people are asked to name a guy whose career success largely hinged on their gimmick, The Undertaker is generally the first name to come to mind. Not that Taker isn’t talented, but he wasn’t always the worker he is today and it’s hard to believe he’d have become THE LEGENDARY PHENOM without the Dead Man gimmick.

Aw, look at the baby Taker.

The Undertaker didn’t stumble upon a home-run gimmick right away though. Between 1984 and 1990, Mark Calaway, the man behind The Undertaker, cycled through a steady series of unsuccessful personas. Mark started in Texas’ World Class Championship Wrestling as Texas Red, moved onto an ex-con character called The Master of Pain, then renamed himself The Punisher, because by then it was almost the 90s, so of course he did. In 1990 he jumped to WCW, where he played Mean Mark Callous, a character who was sort of a proto-Undertaker. Also, during his time in WCW he did some wrestling in Japan as Punisher Dice Morgan, which is yet more definitive proof that nobody is better at naming things than the Japanese.

So yeah, if you ever feel like giving up on some poor shmoe or shmoette in NXT, just remember, sometimes it takes six years and five gimmicks of varying degrees of goofiness before something clicks.