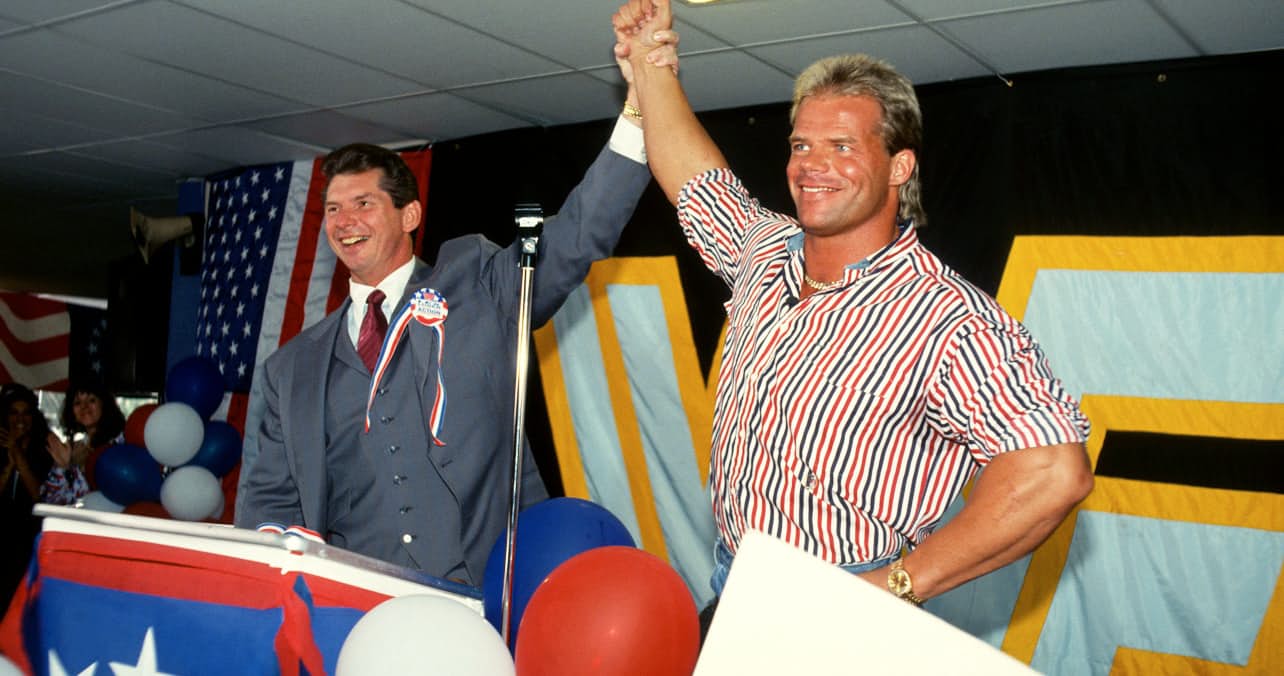 Throughout the history of professional wrestling, performers have often switched from one company to another, switching from territory to territory and often reaching an entirely different audience.

Of course, nowadays the industry isn’t as open as it once was, with Vince McMahon’s WWE essentially monopolising the business in the US on any sort of major level. Still, that’s not to say that there wasn’t a time that the WWF/E would bring over a talent from a rival company.

At times, superstars coming in from outside the WWE have ultimately flourished and become true top level main event players – guys such as Hulk Hogan, Randy Savage, Mick Foley, Chris Jericho, and even Steve Austin had made names for themselves elsewhere before finding their home in the WWF/E.

But where there are successes, there are often failures as well. And with talent brought over to the WWF/E from Ted Turner’s WCW, it certainly makes for some interesting reading. In fact, there have been some seriously huge names in WCW whom McMahon simply had no idea what to do with, and that came across clear for all to see.

So with that said, here’s 15 WCW performers who Vince McMahon’s organization simply had no idea how to get the best out of.

Having made waves as one half of The Eliminators in ECW, Perry Saturn would turn up in WCW in late 1997. Quickly joining Raven’s Flock, he’d come to be known as the enforcer of that group, firmly taking no BS from anyone and being more than happy to deliver a beating whenever needed.

As a WCW Tag Team Champion and World Television Champion, Saturn was positioned as one of the most serious, deadliest performers in WCW’s midcard. This was somebody who was always 100% business, with barely a smile cracked at any point during his three-year stint in the company… even during the time he had to wear a dress to the ring.

Whilst the early days of his WWF run saw Saturn positioned as a serious, straight-shooting, no-nonsense superstar as part of The Radicalz, the demise of that faction saw the former military man’s career nosedive.

After competing in the jobber-centric battles for the Hardcore Championship, soon Saturn would be punished by the company for stiffing an opponent. As such, the biggest memories of Perry Saturn in the WWF are of him portraying a mentally-challenged man who was in love with his dear mop, Moppy.

During his time as a singles star in WCW, “All-American” Ron Simmons was a powerhouse of high-impact moves and tenacity who became wrestling’s first ever African-American World Champion after he shocked the world by beating Big Van Vader for the WCW World Heavyweight Champion.

Simmons’ legitimate background and energized connection to the crowd was what made him such a popular superstar in WCW, yet his move to the WWF in 1996 seemed to do everything it could to ridicule the talented former football player.

Coming in to the company as Farooq Asad, Simmons was given the gimmick of a modern-day gladiator, complete with a goofy helmet. As soon as this gimmick debuted, many fans instantly began to mock the pure stupidity of it, taking away a whole lot of credibility from Simmons in the process.

Obviously Simmons would go on to achieve success in the form of forming the Nation of Domination (which resulted in The Rock becoming a superstar rather than Simmons) and becoming a multiple time Tag Team Champion, but the WWF’s handling of Simmons upon his debut in the company just felt like a massively missed opportunity considering what he’d previously achieved in WCW.

Powerhouse Mike Awesome is a strange entry on this list, for he was a talent that neither WCW nor the WWF/E really knew what to do with. It’s a little similar to Raven, although at least Raven was given a bit more screen time and some half-decent angles during his WCW run. For Awesome, his WCW tenure was sadly most memorable for him chasing fat chicks or dancing to ‘70s music.

What was worse about his WCW run was how it started so promisingly, attacking Kevin Nash whilst Awesome was still the ECW World Champion. He’d then tangle with the likes of DDP, Hulk Hogan, and Scott Steiner, but then the horrendous gimmicks came.

In the WWF/E, though, Awesome was given even less to do. He made a big impact on his first night, winning the Hardcore Championship, but he’d soon become a background player in the Invasion angle before dropping almost entirely out of existence during his 2-year stint with the company.

If the WWE knew what they had in Mike Awesome – a giant, athletic powerhouse of an athlete who had been used to perfection as a wrecking ball in ECW – then they could’ve made him in to a truly major superstar, particularly with Vince McMahon’s penchant for tall, hulking figures.