Home / WWE / 15 WWE Superstars and Divas that should return for ‘one more match’!

15 WWE Superstars and Divas that should return for ‘one more match’! 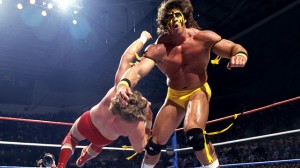 It’s a mantra that sends chills up and down the collective spine of the WWE Universe when it emanates from an arena. It’s the ultimate compliment for a legendary Superstar who has returned to WWE to once again lace up his or her boots. It’s a show of affection reserved for those who transcend competition to become something more.

Three words, strung together by thousands of voices: “One more match!”

It builds, slowly — quietly at first — throughout the building. Then, as the moments pass, the words grow louder. They echo from on high up in the rafters down into the first row, and fill the building.

Every WWE Universe member has a short list of former Superstars they’d like to see compete just one more time. And WWE.com is no exception. We’ve ranked 15 former Superstars who should definitely make that list.

We’re dying to see these competitors come back … for just one more match.

QUESTION:  Who would you like to see have one more match?